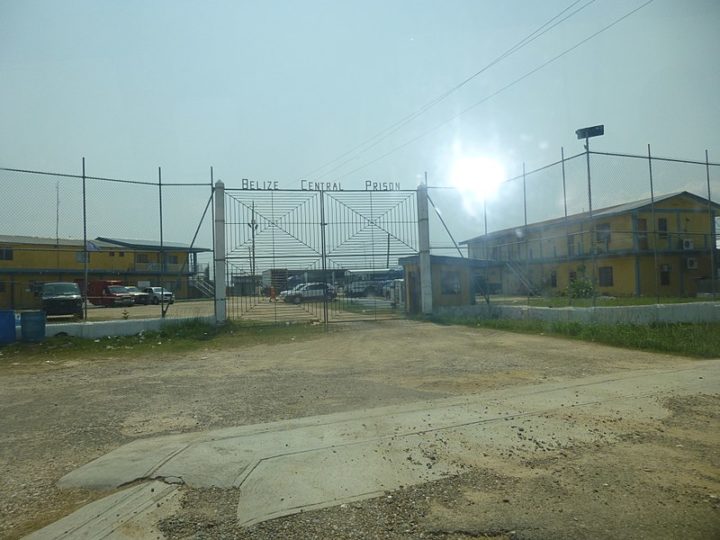 By Aaron Humes: Prisoner Marvin Philips says he was beaten up by prison authorities after an altercation on Wednesday.

Appearing in court for an adjournment of his case, Phillips showed up with one arm in a bandage, the other one in a sling, and bruises on the face. He told court reporters that these injuries were inflicted on him by the prison authorities: “This is what they did to me, yesterday.”

Around 11:00 Wednesday morning, ten inmates confronted three prison officers in the recreation area of the Tango 11 building, according to Channel 7 News. Their recreation time was up, and they were ordered to comply with the prison officers so that they could be escorted back to their cells.

It is unclear what happened to escalate tensions between the officers and the guards, but several of them jumped one of the officers and held him hostage. The others had to intervene, and that’s when the unrest broke out.

CEO Virgilio Murillo explained that there were other inmates who saw what was taking place, and they intervened to restore law and order. About 10 minutes after, the unrest was ended. It was the first time the prison has seen unrest in 10 years.