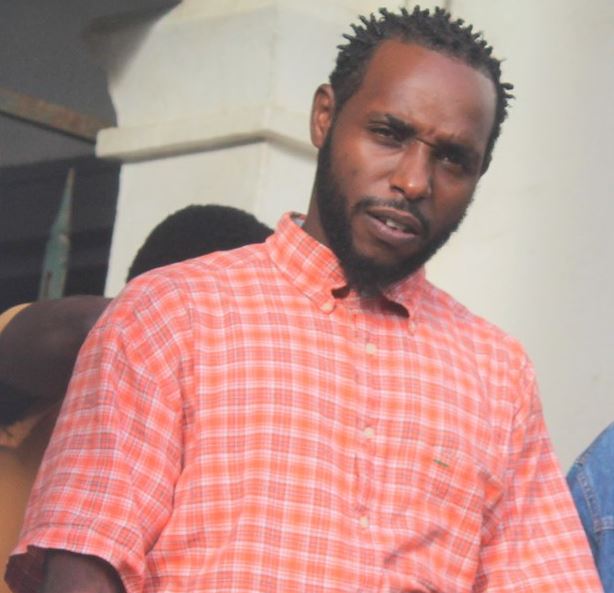 By Aaron Humes: In a rare instance, the Supreme Court refused bail to 22-year-old Aaron Munnings, accused of robbing 90-year-old Lewis Tillett of money he had just withdrawn from the Saint John’s Credit Union in October.

Police say Munnings is the man seen on surveillance camera yanking Tillett off his bicycle and forcibly taking the money in a bag despite his struggling with him.

At Munnings’ first arraignment before Senior Magistrate Tricia Pitts-Anderson, he pleaded not guilty and was denied bail after objection.

Munnings and attorney Norman Rodriguez had no better luck before Justice Herbert Lord on Friday, after the court delayed the case last week to receive formal objection from the office of the Director of Public Prosecutions.

Crown Counsel Sheiniza Smith asked the court to consider the prevalence of the crime of robbery; the strength of the police case, especially with the surveillance footage; and the fact that the victim was an elderly man.

The court agreed and further remanded Munnings until his next court date on February 4, 2020 (he had come back before the Magistrate’s Court on December 4.)

Munnings will, therefore, have to spend Christmas and New Year’s in prison, but not only that; he cannot be granted bail at the lower court and will have to wait until the trial is called or try again at the Supreme Court at a future date.