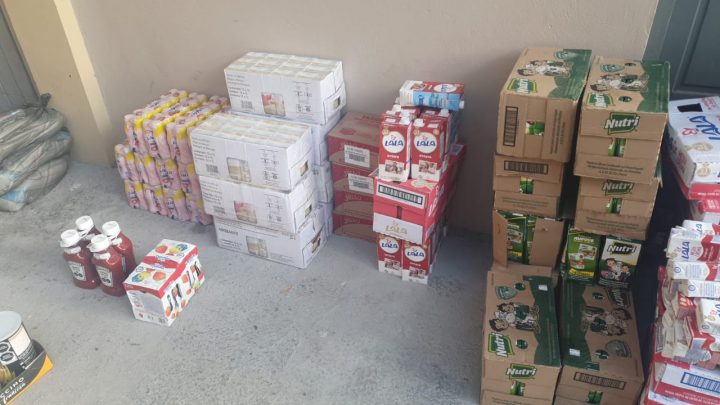 By Aaron Humes: Police intelligence and surveillance in the north led to a major contraband bust in Orange Walk in the last few days.

A man and his son driving a van was shot in the buttocks by officers at a checkpoint around 5 a.m. on Monday. The van tried to flee but police set off in pursuit and upon coming to a curve on the road, it stopped and the driver was ordered out. He picked up a machete and tried to open the van door; when he refused to drop the weapon on orders from police, he was shot. The son also assaulted a police officer by punching him; he too will be charged.

Police found the van fully loaded with assorted uncustomed goods and an outboard engine, likely used on the boat the men travelled across the border with. Customs is taking a full inventory of the goods to lay charges.

Commissioner of Police Chester Williams assured in a press briefing, “[Contraband] has to be a priority and it has to be a focus. The borders are still vulnerable; we know that cases across the border is still high and we do not want that while we have our numbers going down, we have people going across the border, and coming back into the country and put our people and country at risk.” He added that stopping contraband boosts the local economy by ascribing the proper revenues to Government.