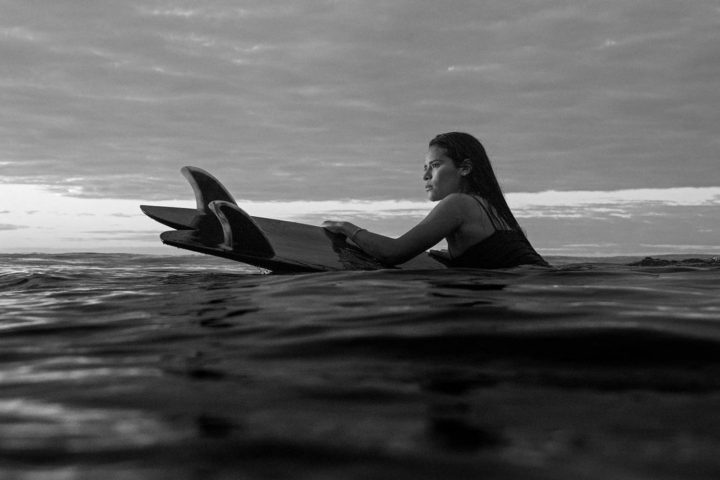 By Rubén Morales Iglesias: El Salvador’s top surfer, Katherine Díaz, died on Friday when she was struck by lightning.

Diaz, who was 22, was training at the popular El Tunco Beach in hopes qualifying to the Olympics.

“A great athlete who has represented our country has left us. See you soon, great warrior. El Salvador is in mourning,” the El Salvador Surf Federation posted on social media.

Katherine Díaz was the daughter of the Federation’s President Jose Díaz said the Olympic Channel.

Díaz had reportedly just entered the water to train when was she was struck by lightning. Emergency services arrived quickly, say reports out of El Salvador, but she could not be revived.

The Salvadoran Surf Federation reported that “the sky was clear and it was an unforeseen storm that did not seem to carry much electrical intensity either.”

Salvadoran daily publication, La Prensa Gráfica, said Katy Díaz started surfing at the age of eight and that living at seaside town El Tunco allowed her to develop her skills. By the time she was 17, she was already representing El Salvador and had won national and international medals.

The Olympic Channel said Díaz was preparing for the upcoming ISA World Surf Games in El Salvador which serves as a qualifier for the Tokyo Olympic Games where surfing makes its Olympic debut.

Díaz was also a chef and had opened a restaurant in El Tunco.