Parliamentarians from around the world say #LetTaiwanHelp, call for Taiwan’s inclusion in World Health Assembly

India’s COVID-19 crisis should matter to the whole world 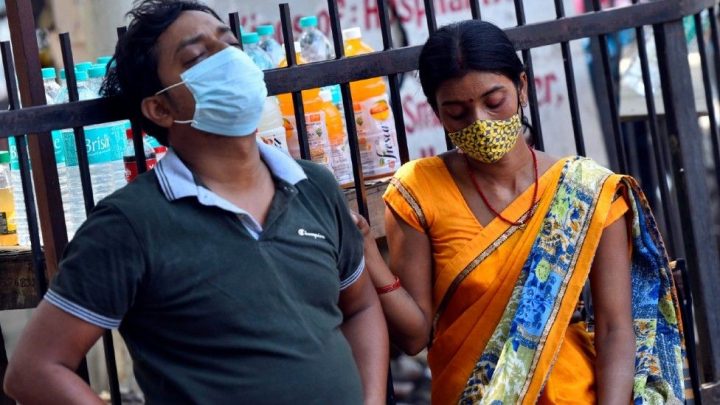 By Ruben Morales Iglesias: India’s blown-out COVID-19 surge should be of concern to the entire world, says a BBC News article.

“And what’s playing out in India now unfortunately has been played out in other countries.”

The BBC article said that the world is interconnected and high levels of infection in a country affect other countries because of world travel. It goes on to say that even with travel restrictions, multiple tests and quarantine, infections can still spread.

In effect that’s how the outbreak in China became a worldwide pandemic.

The article gives the example of a recent flight from New Delhi to Hong Kong after which 50 passengers tested positive for Covid-19.

A new variant in India called B.1.617 is considered the “double mutant” because of two key mutations on the spike of the virus and is a cause for concern.

“I don’t think there’s any evidence that it’s an escape mutation [which would mean] it fundamentally can’t be stopped by the vaccines,” Dr. Jeff Barrett, director of the Covid-19 Genomics Initiative at the Wellcome Sanger Institute, told BBC News.

“I think we have to obviously watch carefully, but there’s at present no reason to panic about it.”

The reasoning is that the more cases a country has, the higher the probability of variants developing.

“The way to limit viral variants emerging in the first place is to prevent the virus replicating in us… so the best way to control variants is actually to control the global amount of disease that we have at the moment,” said Prof Sharon Peacock, Director of the Covid-19 Genomics UK consortium (Cog-UK).

Scientists say that vaccinations have to complement safety measures such as lockdowns and social distancing. This is where things get bad.

India is the world’s biggest vaccine manufacturer and has only vaccinated less that 10% of its population with a first dose. Less that 2% are fully vaccinated.

To compound things, India halted large exports of the Oxford-AstraZeneca vaccine in March which is impacting the world negatively.

BBC News said that the UN-backed Covax program that provides vaccines to low and middle-income countries is being affected and that the program’s partner Global Vaccine Alliance (Gavi) said it is waiting on India to resume it exports.

The BBC News article ends saying: “The situation in India is a bleak reminder that none of us will be safe until everyone is safe.”

Here in our region, Costa Rica which had the pandemic relatively under control has seen a spike in cases so much so that they had to ask El Salvador to help with painkiller injections for severe cases.

The question remains, when will the pandemic be over?

But, in the end, anyway you take it, we all have to continue following the advisories of Belize’s Ministry of Healthy and Wellness to keep observing safety measures because this horrific disease is far from over.