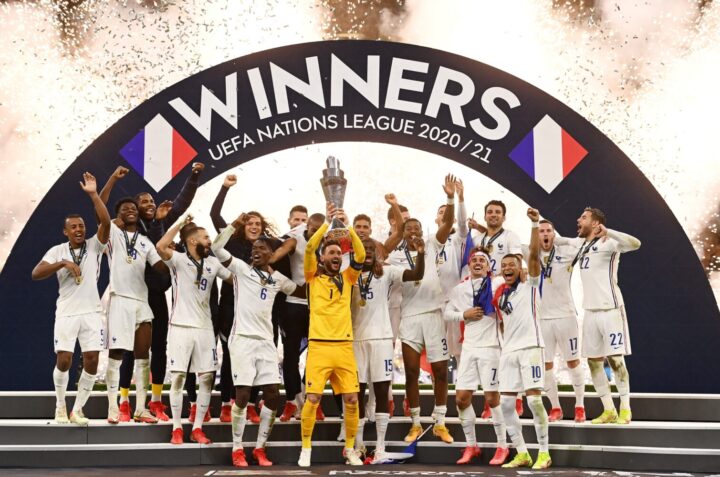 By Rubén Morales Iglesias: France beat Spain 2-1 recording another come-from-behind win at the UEFA Nations League to claim the title at the Stadio San Siro in Milan on Sunday.

Spain controlled the ebb and flow for most of the game and went ahead in the 64th on a strike by Mikel Oyarzabal but France countered immediately on a Karim Benzema goal in the 66th.

Kylian Mbappé hit the game-winner in the 80th minute. Though he appeared to be offside, the VAR check gave France the nod.

2-1 ahead, the French were able to stave off the Spanish strikers with a superb performance by goalkeeper Hugo Lloris.

Earlier on Sunday, Italy got past Belgium 2-1 on Sunday at the Juventus Stadium in Turin Italy to claim 3rd place in the UEFA Nations League.