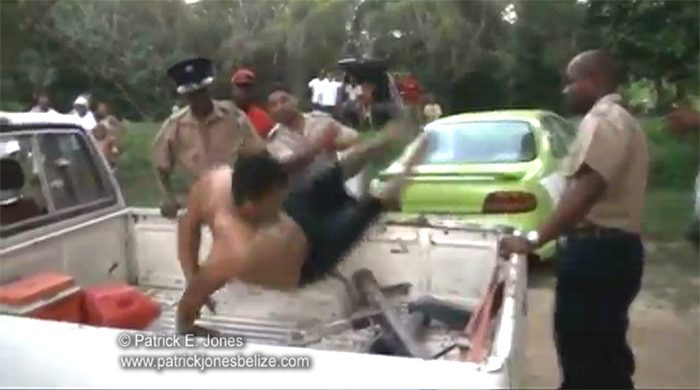 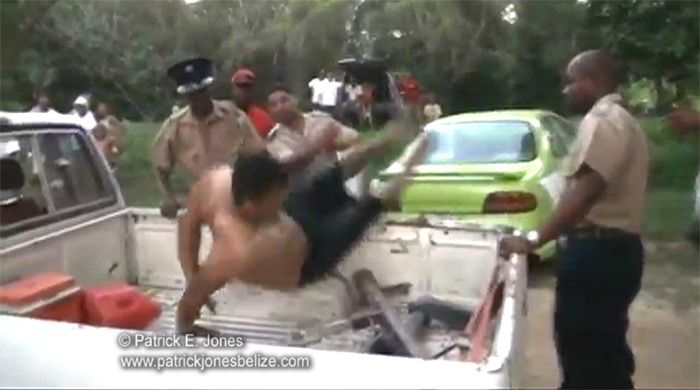 Monday, April 7, 2014. PATRICK E. JONES Reporting: A group of women is expected to be charged in the San Ignacio Magistrate’s Court today following a melee at an event over the weekend. 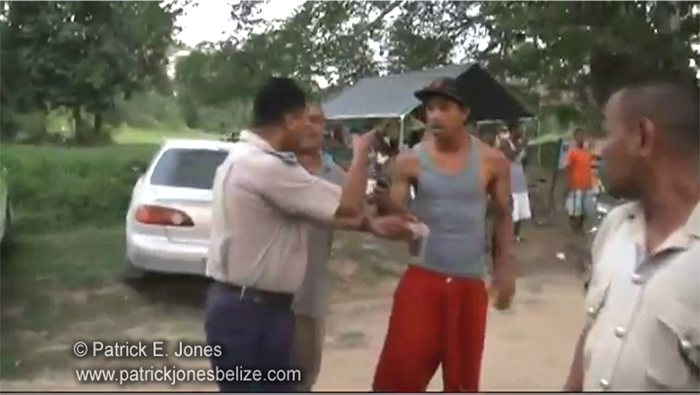 A scuffle broke out among patrons of the event which was taking place at the Macal River Park but the police is taking heat for the way officers handled the situation.

As a third-party video – which is used with permission – shows, police officers pushed a handcuffed man into the pan of a pickup truck.

He had apparently been detained.

An officer then got into a verbal exchange with another man who was concerned for the way the man was being handled.

So far there haas not been any response from the Police Department pertaining to accusations of excessive force being used by the officers in apprehending the man who was taken away from the scene in the back of the vehicle.