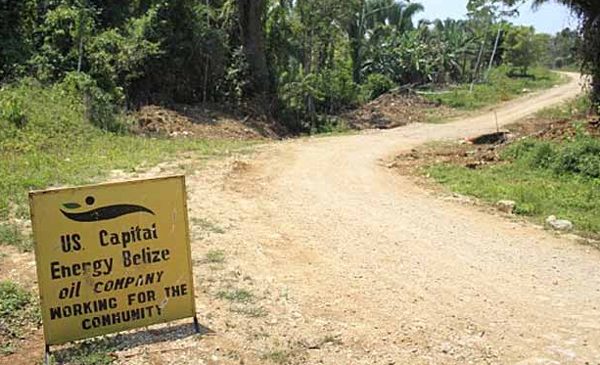 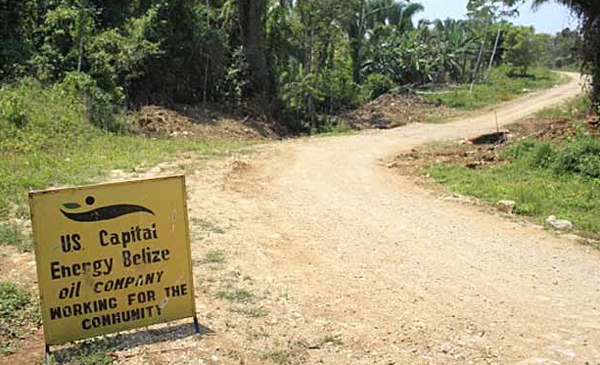 Tuesday, April 29, 2014. AARON HUMES Reporting: The division in the Maya communities of southern Toledo has grown increasingly bitter and it has now claimed the head of one of the communities which is said to oppose U.S. Capital Energy’s exploring for oil in the Sarstoon Temash National Park without the informed consent of the community.

First Alcalde of Conejo Village, Valentin Makin, was removed on April 24, from his position per the wishes of his community and replaced by Eufemio Makin – it is not clear if they are related.

This came after a community meeting on April 22 in which Valentin Makin is said to have admitted signing a document at the behest of Justice of the Peace Alejandro Vernon on April 6 which “purportedly stated that Conejo had granted its unequivocal free, prior and informed consent for US Capital Energy Belize Ltd to continue its work and drilling on our Maya Customary Lands.”

The villagers asked Gregory Ch’oc, executive director of SATIIM, to state on their behalf that Makin did this “unilaterally and without the consent and knowledge of the members of our community,” and apparently insisted that he had not done so until he finally admitted it, claiming that he was tricked.

The villagers of Conejo are unforgiving, stating that Makin’s actions, quote, “breached the trust of our community, abused his authority as a leader and further seriously violated the cultural processes established under our Maya Customary Law to reach consensus on matters affecting our community.”

They further disown Makin’s actions as his own and not representative of their views, either now or in the future.

But were the village’s actions proper? Makin does not think so.

He spoke on Monday to our colleagues at 7 News and told them that quote, “Well, as I know they elect me as an alcalde. I think that I have all authorities to sign a letter.”

The letter, he said, was to allow U.S. Capital to upgrade their main road in the village, which is in poor condition.

Makin and others met with Prime Minister Dean Barrow in Belize City on Monday at Old Belize and apparently the Government believes that Makin has a case for unlawful termination from his duties. Makin says he has sought legal advice to challenge his overthrow in court.

Is this an attempt by SATIIM and its sympathizers to close ranks and remove “bad apples” from the bunch as it gets ready to fight the Government over its activities in the park?

Ch’oc has gone on record to say that he was not present at the meeting and would not sanction the removal of village alcaldes simply for not supporting SATIIM and communal rights.

Makin and allies Pedro Ba of Sunday Wood and Dr. Joseph Palacio, chairman of the sole Garifuna village in the area, Barranco, say they have not been swayed from their support for U.S. Capital, and that Ch’oc has been misleading the majority of Belizeans into thinking that he speaks for all the people of the area.

Palacio said that both the Maya and the Garinagu are in charge of protecting the park but charges that the Garinagu have been sidelined and left out of the decision-making process.

Sunday Wood 2nd Alcalde Alejandro Tush, whose village has notably been one of the few not to support SATIIM, says the community is in favor of individual lots owned by families rather than communal title.

The dissident leaders maintain that U.S. Capital has delivered significant developments to their communities and the promise of jobs for all.

Palacio noted that Barranco is in no position to say no to development of any kind, while Conejo resident Joaquin Cucul stated that Ch’oc and SATIIM have been consistently dividing the Maya people rather than presenting solutions to their problems.

Ch’oc in reply said that he cannot present the consensus position of the communities until they have consulted within themselves.

Prime Minister Dean Barrow said last week that GOB has waived the April 30 date for renewal of the exploration permit of U.S. Capital to allow for consultation with communities on the way forward as ordered in the April 3 judgment of Justice Michelle Arana while reserving the right to continue work in the park under the permit which has not been injuncted or quashed.

A post-judgment injunction hearing filed for by SATIIM is pending.