Murder in the Indianville area of Punta Gorda 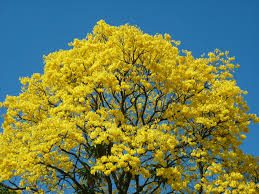 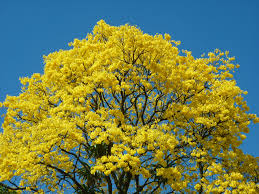 He has conceptualized a 10-year project, which he dubs SUMMER OF GOLD…or VERANO DE ORO…to plant 100,000 Cortez Trees throughout Belize, especially on properties near the highways.

The Cortez tree is a flowering forest specie native to Belize. Between mid-April and mid-May, the tree sheds its leaves and becomes full bloom with brilliant yellow flowers…nothing short of stunning awesomeness!! It normally takes 3-5 years from planting to flowering, and stands as tall as an electricity pole when mature.

It produces seeds in pods during the flowering process…and when the pods get dry and burst open, the light seeds are spread over large distances by the wind….so the planting of 100,000 trees will in a short space of time become a million trees.

Mr Harrison believes that this will create a spectacularly unique man-made wonder of very high value to Belize….using only one of our many natural forest species. By so doing, he wishes to point to creative ways in which Belize, by way of organizing Belizeans participation, can contribute immensely to the development of our own natural resources in ways that improve the quality of life of the citizens….and contributes positively to the world around us.  This will raise interest in investments in the development of the abundant natural resources of Belize, among domestic and foreign investors.

He thinks that many thousands of people will travel to Belize each year to witness this man-made natural wonder for themselves, bringing more clean tourism dollars to Belize….while at the same time improving the quality of experience during their visit….by creating a more beautifully aesthetic Belize.

This project will evolve….and will also lead to others like it….so the benefits are potentially enormous, to a wide range of people.

Mr. Richard says that this year he planted only 500 seedlings to make the first steps to turn his five-year-old idea into reality….and to promote the project idea to more people….because such a project as this will only go as far as the people have ambition to take it. This kind of project needs for many people to buy into the idea, and to invest in purchase of the seedlings, to allocate the land for planting, and care of the young trees, so that they grow up to flowering age. This requires using a little fertilizer (could be natural horse or chicken manure) and watering during the dry season in the early years of the life of the trees. So, it requires some effort from many people for the project to succeed. It is a good thing for parents to do with their children, so that their children see this great transformation within their own life time….knowing that they have the power in their own hands to change the world around them….by thinking positively and creatively….and engaging in cohesive action based on those thoughts. Think big….start small!

Since he announced the project last week on his Facebook page, he has already sold 220 seedlings at $5 each, offering a deal of 1 free with the purchase of ten seedlings. He has 280 left in stock for this year’s upcoming planting season, so to place your order you can call 620 3535 or email him at harrisonbz@yahoo.com