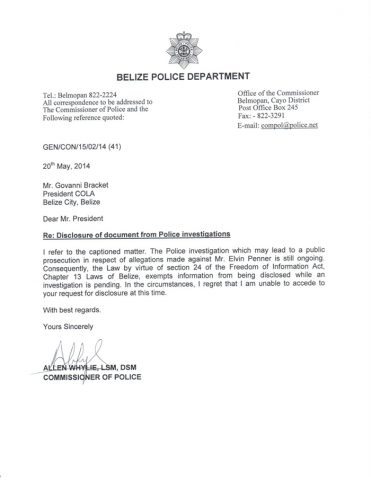 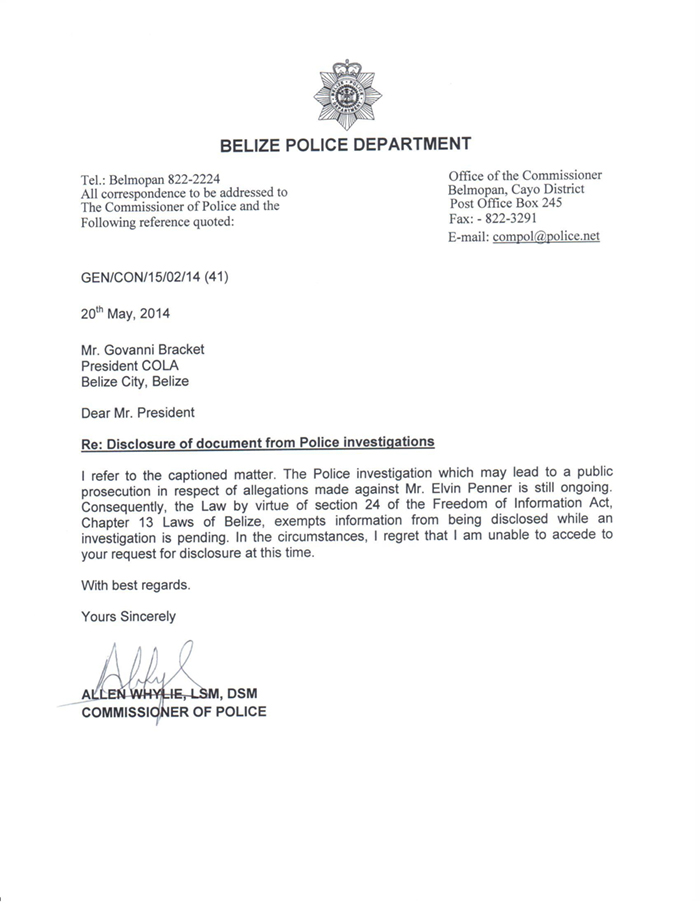 Thursday, May 22, 2014. AARON HUMES Reporting: Commissioner of Police Allen Whylie has written back to president of COLA Giovanni Brackett, regretfully declining his request for disclosure of information gathered by Police during their investigation of former Immigration Minister of State Elvin Penner.

But the organization in a press release claims the Commissioner is “flipping and flopping,” citing his interview last week in which he said the investigation was closed.

He was not clear on whether the file was with him or DPP Cheryl-Lynn Vidal, but the DPP has said she sent it to him and expects it back so that she can share it with COLA as part of their bundle of disclosure expected for Penner when he returns to the Belmopan Magistrate’s Court next Thursday, May 29.

The Commissioner now says, six days later, that he is unable to order disclosure because the police investigation, which he says “may lead” to public prosecution of Penner, “is still ongoing.”

COLA writes that, “COLA believes that at this point, it is not for the Commissioner to determine what is exempt or not. We believe the file is with him and he should give back to the DPP as she requested so that she can share it with COLA, as she has not objected to doing so. The Commissioner must not stand in the way of further action on this matter as he already has by stalling and dragging out the matter, potentially making the chance of achieving justice slimmer with each passing day. The Commissioner must do the right thing.”