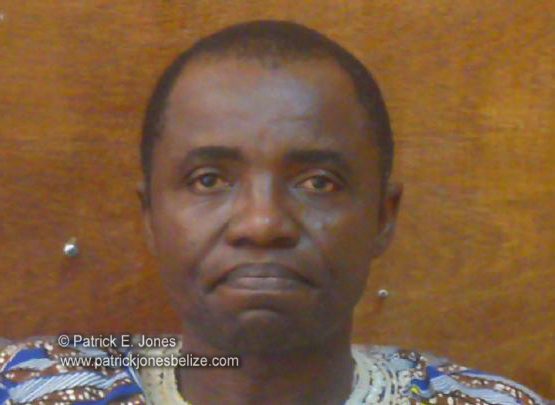 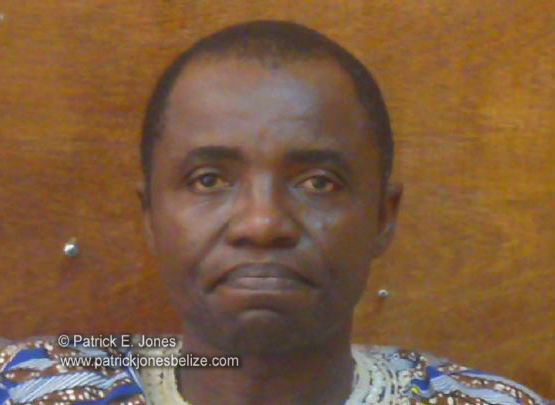 Monday, July 21, 2013. AARON HUMES Reporting: Do you know who created and assembled the Drums of My Fathers Monument at the entrance to Dangriga Town?

If you guessed Stephen Okeke, you’ve been paying attention. But there are many who do not know that, because the many pictures, videos and other footage of the monument used in books, magazines, and other media fail to credit the Nigerian-Belizean for his work.

Okeke says that as the creator of the sculpture, for which he was paid $14,000 despite signing on for $35,000, he retains intellectual property rights and therefore deserves royalties for every single usage of the work.

He explains that usage of artistic work for commercial consumption – advertisements, etc. – means the artist is paid a percentage, called a royalty – and they must get permission.

In his case, he has received neither for the Drums monument.

The most recent example pointed to by Okeke was the reference and photograph on page 74 of this year’s “Destination Belize” magazine created by the Belize Tourism Industry Association (BTIA) and published by IdeaLab Studios.

There is a photograph and verbal reference in the article introducing Dangriga, but no mention of the creator of the monument.

This is different from simply buying a CD for personal enjoyment.

There is a copyright-based organization for composers and music publishers – the Belize Society of Composers, Artists and Publishers (BSCAP) – but no such organizations exists for visual artists, and Okeke says he does not need it as he believes the matter can be settled out of court.

Okeke says he has actually had people come into his store on the Philip Goldson Highway and tell him he did not create works he knows he has, and he was not formally invited to the “Drums” unveiling.