Art from Corozal at Image Factory 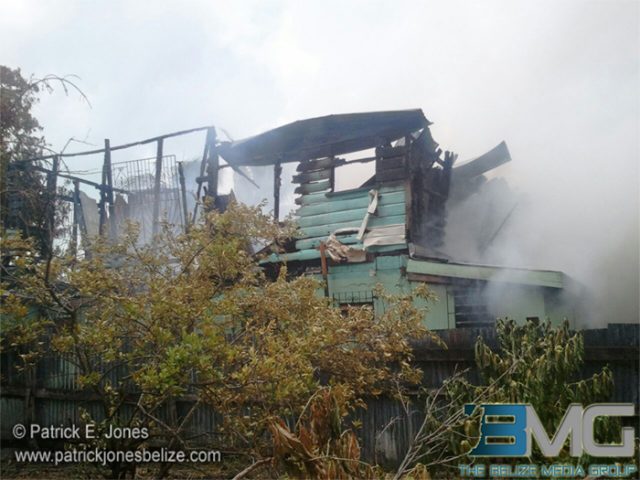 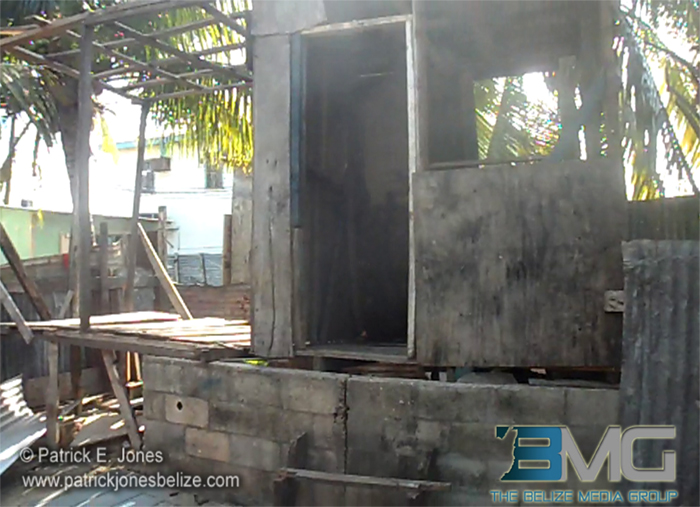 Thursday, July 24, 2014. AARON HUMES Reporting: Separate fires at either end of Southside Belize City in four hours this morning claimed two structures and left as many as seven persons homeless.

Both fires were caused by children left unattended or out of the reach of adult supervision who were playing with cigarette lighters.

We spoke with Station Manager for the National Fire Service, Orin Smith, who said their investigation revealed that a small child was left unattended on the mattress playing.

The mattress caught fire and within a matter of minutes the entire structure was wiped out.

When we visited this afternoon it was cleaned out, but very much a hollow shell.

Homeowner Patricia Rhaburn says she had gone out and left her young son on the mattress.

She was alerted around the same time the Fire Service trucks arrived and rushed home, but it was too late to save her belongings.

She can be reached for assistance at telephone number 607-6538. 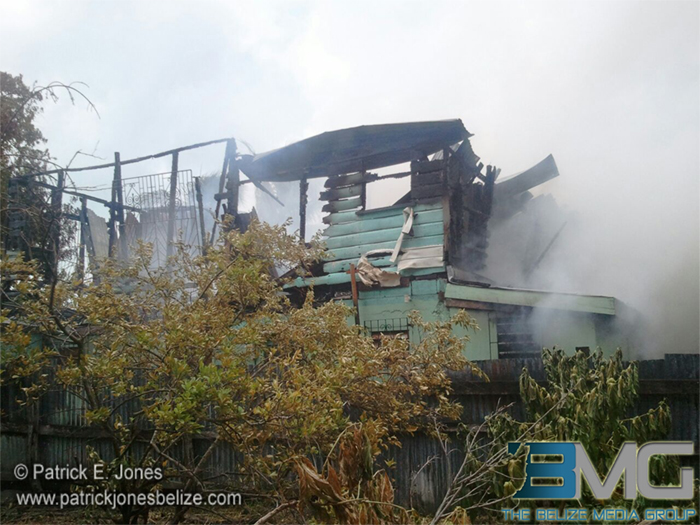 Then, just before 10:00 this morning, a green two-story wooden and concrete structure in a family yard between East Canal and Plues Street caught fire and quickly swallowed the entire wooden upper flat in flames.

The Fire Service responded and put the fire under control by 11:00 a.m. but not before it completely destroyed the upper flat, and caused damage to the lower flat and an adjoining house in the yard facing Berkeley Street. 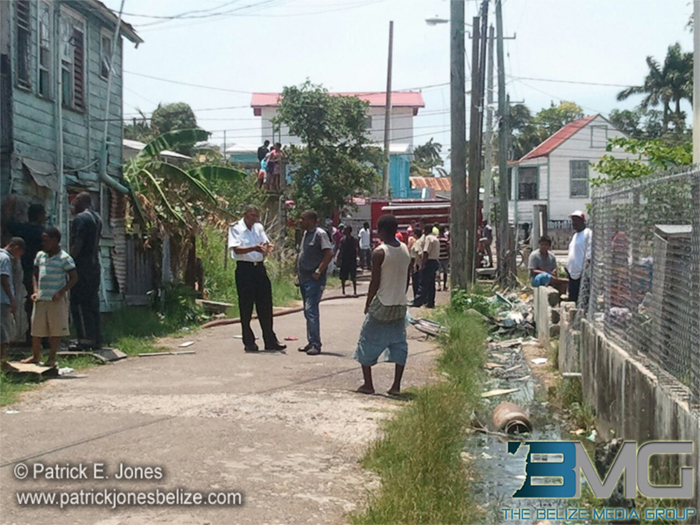 Reports are that an elderly woman had to be rescued from the house, but there are no reports of any injuries.

This firefight presented special challenges for the Service as the neighborhood was congested and one false move could have sent the entire neighborhood up in flames.

We asked Smith to comment on the performance of the Service on Berkeley and Plues Streets today and he said the Fire Service did well to contain the fire to the damaged structures, especially being able to save a house occupied by a family of 11 on Plues Street. 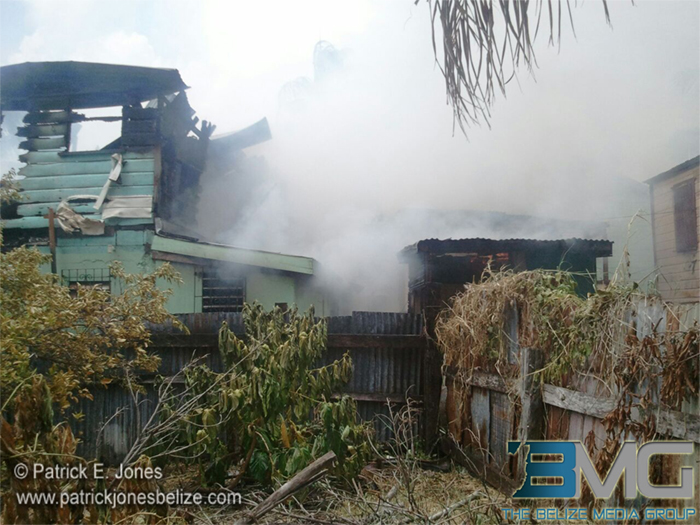 Smith noted that the on-board supply of water on the two fire trucks at the scene was exhausted, as they expected, and normally they must find additional supply whether from the canal, river, sea or surrounding area.

There were also navigation issues as a result of the work on the surrounding streets of West, George and Basra Streets.

Neither house was insured.