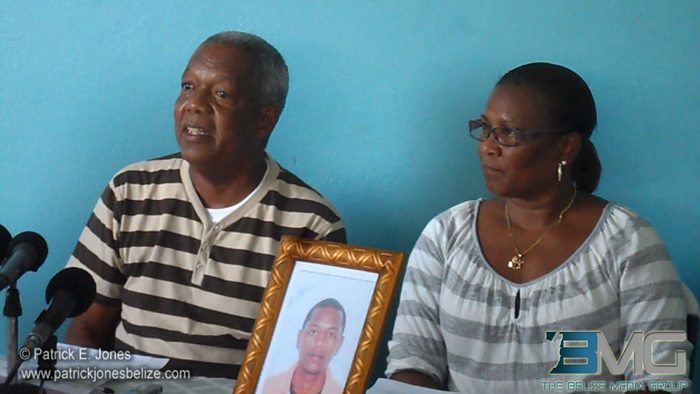 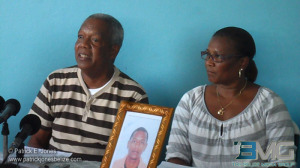 Police initially detained one of the persons working in the store, identified as the son of the owner, but later released him.

From the very beginning authorities have believed that the force used to subdue Logan was justifiable as he was in the act of a crime.

But his family believes otherwise and today they came forward with a laundry list of accusations against the Police Department in Orange Walk whom they say have failed to investigate the case. 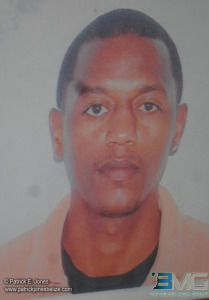 The elder Logan is a retired Inspector of Police and says they observed as many as seven bullet holes in the front of the body and one exit wound in the back near the shoulder, which they say proves that Logan had his back turned and was then down on the ground when he was shot.

The shooter allegedly pointed his firearm at a passing bus which had stopped in the area and was heard to say that Logan would die for all those who had gotten away with robbing Chinese shopkeepers in the past.

That the family got to view the body at all was a result of persistence with authorities and the appointed pathologist, Dr. Ken Loyden.

But Dr. Loyden is not recognized in that jurisdiction or in that profession and the death certificate he signed but did not stamp was refused by the Vital Statistics Unit for registration of the younger Logan’s death.

The family contends that it has spoken to numerous persons who witnessed the incident and all are prepared to speak to police.

But the Police have not spoken to them because they have effectively closed the case.

Matura-Shepherd read a portion of the recounting of one such unidentified witness in which he described Logan pleading for his life and a passing police officer in uniform explicitly telling the shopkeeper to shoot him, “because ih done rob yu,” and then throwing his hands in the air.

At no point did that officer intervene and he could possibly face criminal charges of abetment to murder if this version of events is proven.

According to Matura-Shepherd the burden is on police to gather statements and investigate all angles of a case.

Retired Inspector Logan told us that because his police brethren have often failed to investigate cases thoroughly, they lose them in court.

And that is why he, who has decades of experience in the Department, says he can no longer trust them to solve the case.

Neither the senior officers in Orange Walk nor acting DPP Linsbert Willis has sat down with the family, though Willis has agreed to call on them at his convenience.

Police have charged Logan Jr.’s accomplice, Alex Tillett, who the Logan family says led their son astray after he repeatedly refused to join Tillett in his criminal pursuits.

The family has reserved its legal rights, including filing a writ of mandamus to compel an investigation.