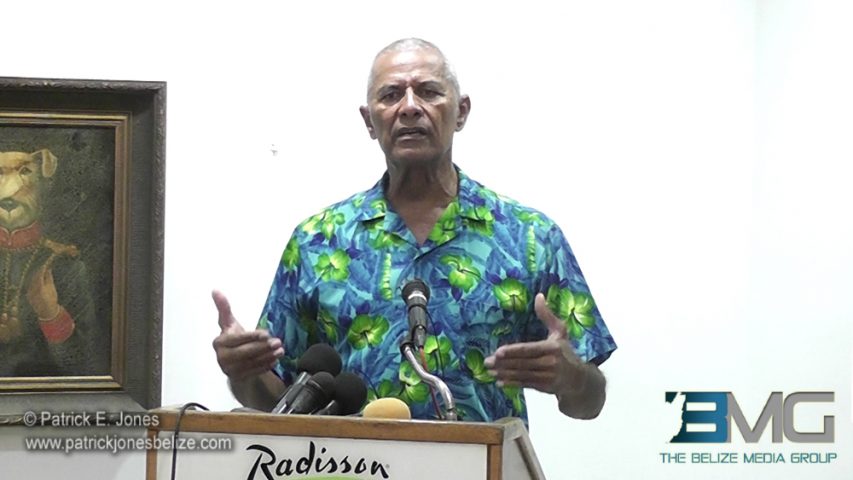 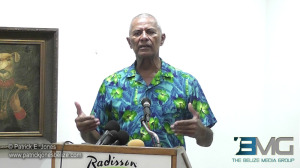 Monday, November 17, 2014. AARON HUMES Reporting: The National Institute for Culture and History (NICH) has agreed with the Federation of Cruise Tourism Associations of Belize (FECTAB) on a short amnesty period for proper consultation on the implementation of the Health and Safety Manual for Access to Archaeological Sites.

Implementation is now slated to go into effect on January 1, 2015.

At a press conference today, FECTAB President Tom Greenwood, reading the letter that establishes the amnesty, noted that NICH expressed willingness to talk with the stakeholders to reach consensus on such thorny issues as the 48-inch height requirement for participation in cave tubing – after consulting with legal authorities.

According to Greenwood, this is more a victory for common sense than for FECTAB’s members, which still have to contend with what they consider unfair advantages for more well-heeled rivals. 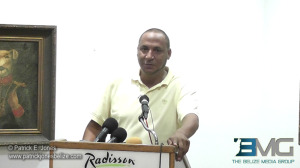 Exhibit A is the three-year exclusive contract with the Dark Knight company for access to a special cave at Caves Branch Archaeological Site in the Cayo District, the details of which still have FECTAB executive member and tour operator David Almendarez peeved.

The three-year exclusive contract leaves smaller operators at a disadvantage, forced to perennially undersell the pricier outfits just to get customers, only to be put through more hoops than foreign-based competitors. 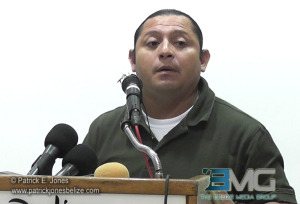 And according to the third member of the troika, Yohnny Rosado, sweetheart deals like these not only make it difficult for operators like him to work today, they may also complicate the future of the industry.

He said he does not wish a future for his children in which they do not own anything and have to work for others in a society as blessed as ours.

The Government should be careful to avoid deals which have this as their end-product, he claimed.

FECTAB plans to make its contributions to the discussion. 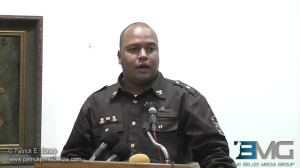 Meanwhile, Citizens Organized for Liberty through Action (COLA) president, Geovannie Brackett, reported that there is an existential issue that has the potential to shut down the cruise tourism industry.

Fort Street Tourism Village (FSTV) holds bargaining power by being the only port of entry for cruise ships in Belize District for the next 15 years, as it has been since the early 2000’s.

But it is facing competition from rivals Stake Bank and Harvest Caye owned by Norwegian Cruise Lines.

Today Brackett said that with the coming of larger ships Belize stands to lose it all if we do not accommodate.

The Oasis-class “mega ships” may carry as many as 10,000 combined passengers and crew, but current services do not allow for tendering that many passengers at a time, meaning the crew has to stay aboard, a loss of potential revenue.

The firebrand activist signaled an intention for his organization to address this issue more fully as it recognized the importance it has for many families who survive from ship day earnings.

He insists that in the gridlock between FSTV, Stake Bank and the Government, COLA supports the small man.

But, he adds, there is opportunity for the Prime Minister to be a hero to that section of his constituency, citing his bold takeovers of the public utility companies and restructuring of the “Superbond.”

Brackett accuses Fort Street of acting to hold the industry and the nation hostage because of their onerous deal for exclusivity as the port of entry, while belittling local operators in conjunction with the major cruise lines.

He said that they had already recouped their investment and must “give back” by allowing others to co-exist with them.

Brackett also called on the Tourism Board to get moving on its draft legislation for the industry and an abandoned memorandum of understanding that would force the cruise ships to abide by established regulations including the size of the “head tax” they pay per passenger to enter Belize, which he says is not legislated. As for the FECTAB issue with the Health and Safety Manual, he took a tough line, saying that if it were up to COLA, it would be repealed entirely or put off for one year for consultations.