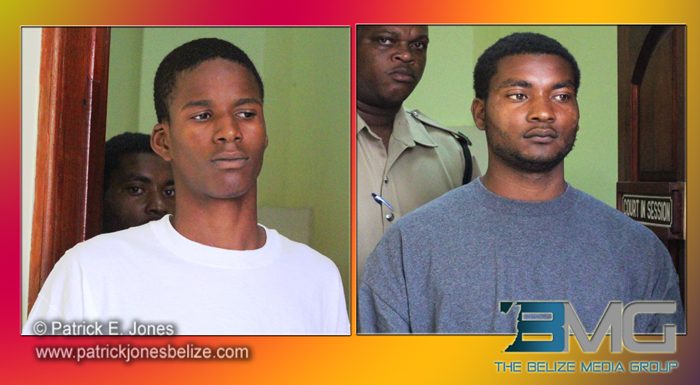 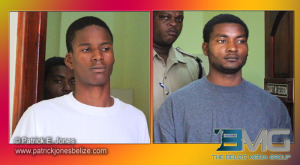 Monday, JAnuary 5, 2015. AARON HUMES Reporting: A dangerous firearm was taken off the streets and the persons alleged to be in possession of it are likewise in remand.

25 year old Curlan Philips and 18 year old Tevin Palmer pleaded not guilty to charges of keeping a prohibited firearm being a .357 revolver and keeping prohibited ammunition being six rounds of .38 ammunition.

Around midnight on January 3, police on mobile patrol on Banak Street saw a gold-painted 4-door Nissan Altima vehicle with men matching the description of the defendants inside.

The car was traveling toward Central American Boulevard. Police suspected criminal activity and attempted to stop the vehicle at the junction of the Boulevard but it turned right and sped toward Vernon Street.

Police pursued and saw a black object being thrown from the vehicle.

They caught up with the vehicle at the corner with Rasta Street, apprehended the accused and retrieved the firearm with six bullets in the chamber.

Phillips and Palmer are remanded into custody until March 5, 2015.