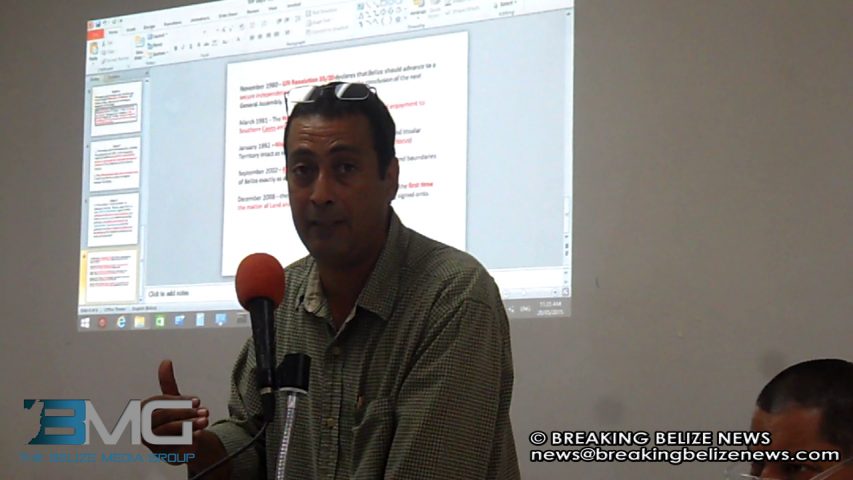 Wednesday, May 20th, 2015. Aaron Humes Reporting: Members of the third parties and alternative movements have long been calling for the exercise of re-registration, originally legislated to take place every ten years but delayed by successive administrations.

Without it, the parties argue, the voters’ list which is key to the fairness of any election has become hopelessly cluttered and is open to corrupt practice such as packing voters in non-existent addresses solely for the purpose of voting. 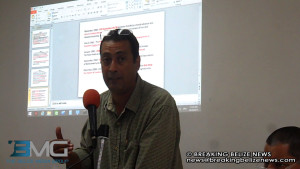 The Vision Inspired by the People’s (VIP) Paul Morgan told reporters today that their request to the Elections and Boundaries Commission (EBC) at the end of April for re-registration has been rejected for reasons of lack of money.

According to Morgan, the VIP and other third parties want Belizeans to pay keener attention to other possible spots of compromise in the voting process, such as possession of ballot papers, which are issued 24 hours before a vote; printing of ballots and others. Morgan told us that not only do the claims of “no money no deh” ring hollow, but the established procedures are not foolproof, particularly in Morgan’s native Belmopan, where he has seen

With no re-registration, there will also be no redistricting of electoral boundaries, which last took place in 2007. Of Belize’s 31 constituencies, the disparity between the largest, Belmopan, at 9,107 voters, and the smallest, Fort George in Belize City, at 3,229 voters, is about 2.82 to 1 – figures coming from the Elections and Boundaries Department’s April electoral statistics.

But Morgan would not commit to a potential boycott of elections over the issue, saying they would need to weigh making their point against a chance at representation in the House.

The VIP’s best finish was second place in the 2006 municipal elections in Belmopan. In fact, no independent has ever won a general election in Belize.