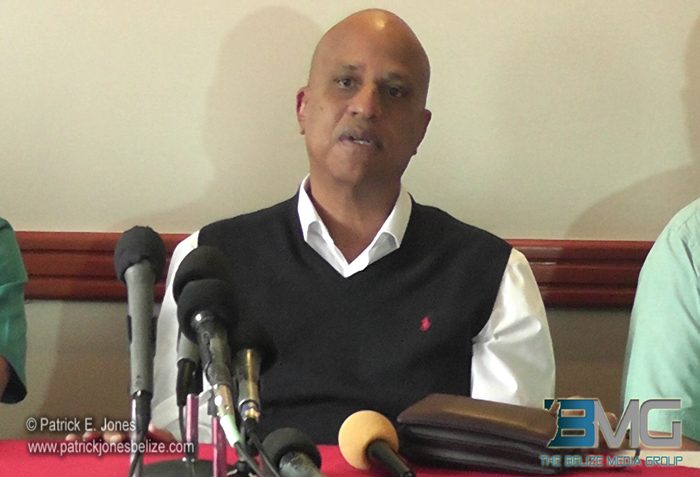 Friday, June 19th, 2015. BMG: According to Prime Minister Dean Barrow, the Government of Belize “isn’t worrying about how the Petrocaribe loan will be repaid.” This is what he told members of the executive of the National Trade Union Congress of Belize (NTUCB) in a recent meeting, according to its president Marvin Mora, who spoke to the Reporter newspaper.

Mora and his colleagues met with the Prime Minister last month to discuss proposed amendments to the Petrocaribe Loans Act, 2015, but according to Mora the Prime Minister is aware that the proposed changes are “cosmetic” and covered elsewhere in the Constitution and other laws, and that they are only being introduced to “placate” opponents.

Mora says the NTUCB was stunned to learn that the Prime Minister feels there are “many years left to figure out” how to repay Venezuela for the loan, and that there is no long-term strategy for investment of the monies for public development, now said to close in on $300 million over the last two years.

And the Prime Minister reportedly brushed aside any organized movement against the Government on Petrocaribe, saying that if his opponents could bring out 5,000 to demonstrate, they would counter with 15,000.

But the unions are not daunted, and Mora says they are in the process of finalizing their response after meetings with union members. The Congress will take a position and instruct Senator Ray Davis, their representative in the Senate, to vote accordingly. This comes after Davis abstained on the original Loan Act motion, preventing a possible tie in the vote (the legislation passed by six votes to five, with all six votes in favour from the Government’s representatives).

The House of Representatives meets next Friday to discuss, among other things, the Petrocaribe amendments.