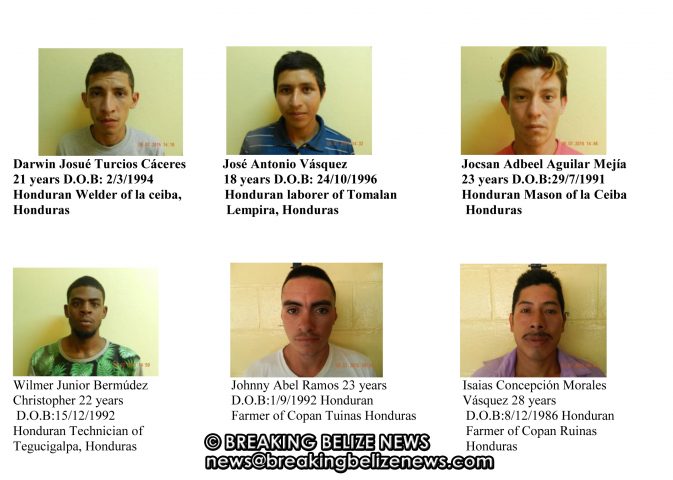 Wednesday, July 08, 2015. Victor Castillo Reporting: Reports reaching our newsroom are that six Honduran nationals captured in Benque Viejo Del Carmen for illegal entry in Belize have escaped from their cell.

According to Benque Police, on Tuesday night around 8 pm, officers on duty made physical checks on the holding cell area and noticed that the Honduran nationals were not in the cell. Further investigation revealed that the prisoners bore a hole in the wall where it is believed that they escaped.

However, police have detained Jose Antonio Vasquez one of the escapees and believe that the other five are across the Guatemalan border in Melchor de Mencos.

The general public is advised that if they see anyone suspicious in their neighborhood to contact the nearest police station immediately.