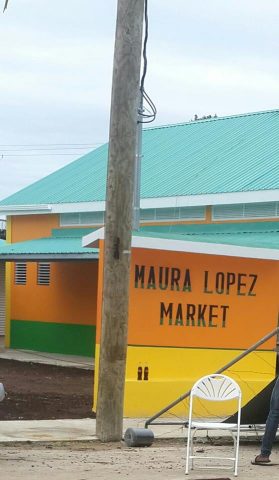 By Chrisbert Garcia: Earlier today, a newly upgraded market was inaugurated and opened in Punta Gorda (PG) town, with the presence of Head of the Delegation of the European Union (EU) to Belize, 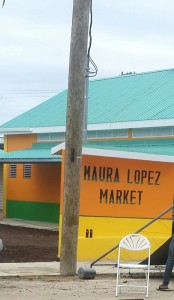 The market in PG, named after Maura Lopez who contributed greatly to the Garifuna Culture in that municipality, cost $1,000,000 to upgrade, as works were done to roofing, plumbing and general aesthetics of the old structure as well as the construction of a new facility.

This project has been underway for a few years, during which the vendors were relocated to the temporary stalls along the seaside on Front Street and with these new facilities, they once again have permanent stalls that are even better than the ones they had at the old market.

At a total cost of $6,300,000 the Hopkins Road was another big improvement to the South, better connecting the tourist hot spot to the Southern Highway by improving drainage, widening it and laying down asphalt.

Ambassador Amadei, at both events, stated that there will be an increase of funds by 60 percent, allocated for future projects in Belize.