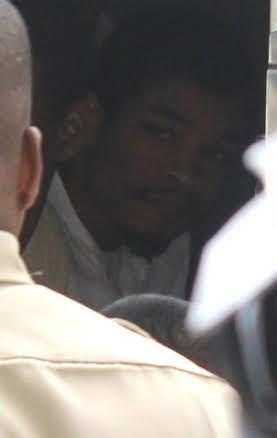 By Aaron Humes: Inmates of the Belize Central Prison were arraigned before the Belize City Magistrate’s Court on separate drug trafficking charges after they were each busted with marijuana inside the prison. 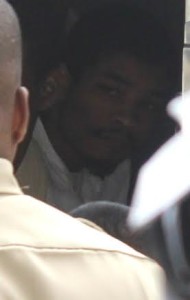 The duo appeared before Magistrate Carlon Mendoza to be read a single charge each of drug trafficking.

The busts were made on Tuesday, January 26, 2016 inside the Belize Central Prison at the Kolbe Foundation.

In court, both pleaded not guilty to the charges and since they are both remanded they could not be granted bail and they were further remanded to the Belize Central Prison until March2016.

Willoughby was busted by Prison Officer, Roberto Duran who  told Hattieville police that at around 11:00 a.m., he was on duty when he informed prison inmate Willoughby that he will do a strip search on him.  The suspected cannabis was located inside his tennis shoe; the officer felt something unusual in the left shoe, where he found a black “Huawei” brand cell phone and also a black plastic bag which was open in his presence containing the suspected drug.

Hyde’s bust was made by Prison officer, Alex Arnold, who around was on duty when he searched Hyde’s white Nike tennis shoes which he was wearing at the time.

Officer Arnold said that immediately, Hyde gave him his left foot, but when he was handing him the right foot, that is when he observe him trying to shake something out of it and that is when he saw a black plastic bag fall from out of the right foot of his tennis, later found to contain the suspected marijuana. Officer Arnold picked up the bag and escorted Hyde to an office and the Hattieville Police was called in.