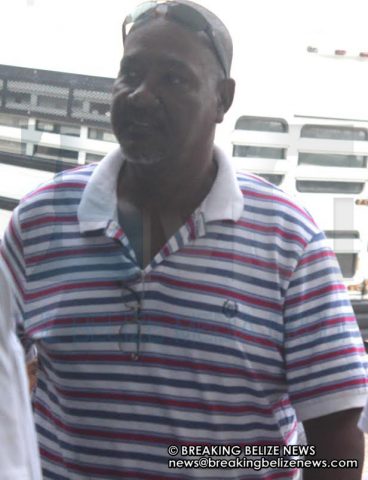 By Aaron Humes: A Carmelita man who was accused of killing two men who were believed to have burglarized his home and which he caught in the act pleaded guilty to manslaughter, the lesser charge to murder, but is tonight a free man. 53 year old Edison Johnson was sentenced to 6 years imprisonment but with deductions for his guilty plea, assisting the police, and removal of time served on remand resulted in total time served, said Justice Herbert Lord in the Orange Walk Supreme Court yesterday.

Johnson’s sentences were ordered to run concurrently with each other.

Senior Counsel Ellis Arnold said Justice Lord’s various deductions reduced the concurrent sentence to1 year and after the record showed that he had already been on remand for more than a year, 23 months to be precise, he was considered to have served his time and he was set free.

Johnson has returned to his wife and family, who were left in shock that her husband was charged with murder in the first place and traumatized when he was dragged off to jail for protecting their property.

23 year old Saul Garcia and 24 year old Luke Cox, the accused burglars turned shooting victims, were no stranger to the law and police and the court and had been charged criminally before.

Arnold noted in court that Johnson’s property had been burglarized over five times before he caught the culprits.

Johnson, after fatally shooting Cox and Garcia, called the police and directed them to the location of his farm property which was very difficult to be found.

Police said in April of 2014 that while Johnson may well have been protecting his property, they found the force used by him unjustifiable – one of the men was shot in the back, which indicated that he was running when he was shot and killed.

But the office of the Director of Public Prosecutions directed Orange Walk police that Johnson was to be charged with murder and not manslaughter.

The accused burglars had torn off the electrical wires, removed his zinc roof, sheet rack and had taken other items from inside his buildings on his farm.

Manslaughter typically carries a life sentence of imprisonment, but in practice the court has considered mitigating factors in setting terms of between 8 and 25 years on average.