Republic of China gifts Belize US $100,000 for Hurricane relief

By Aaron Humes: This week notorious couple William “Danny” Mason aka Rajesh Ouellet and his wife/partner, Melissa Ferguson, were in court in Belmopan. 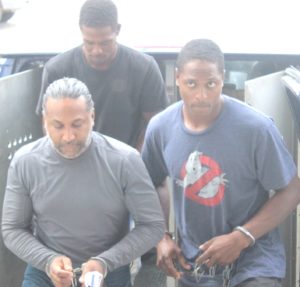 Mason returned on Wednesday to face charges of kidnapping of Canadian Lloyd Friesen and his wife Rosie.

Friesen, according to 7 News a major grain producer from Spanish Lookout, Cayo, claimed that Mason conned him of 300 thousand dollars by representing himself as a shipping agent to facilitate the importation of that amount worth of corn from Argentina; it never came. Friesen unsuccessfully tried to get his money back and when he finally met Mason at his Belmopan home, he was held by Mason and his associates, brought to the Mile 31 George Price Highway Outback Ranch and threatened them not to go to police otherwise he would know. He also demanded a further 2,500 dollars weekly which he and his wife paid before fleeing to Canada.

Friesen has given a formal statement following Mason’s earlier arraignment for the murder of Pastor Llewellyn Lucas but is now back in Canada due to fears for his safety.

Mason along with Keyron Fernandez, Ashton Vanegas, and Ernest Castillo, were arraigned before Magistrate Emmerita Anderson with the prosecution represented by Assistant Commissioner of Police Chester Williams from Belize City.

While Williams said he took extra care to ensure the successful arraignment, earlier bungles meant Ryan Rhaburn, accused in this case and previously of another related charge, is now on the lam and being sought by police for arraignment. 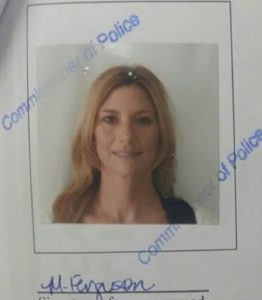 Rhaburn and attorney Herbert Panton had promised to be present, but never showed.

Meanwhile, Ferguson was arraigned on Wednesday for one count of conspiracy to commit kidnapping pastor Llewelyn Lucas and David Dodd. Appearing before Magistrate Anderson, police were forced to amend the charge sheet because they apparently forgot to include who she conspired to kidnap.

Richard “Dickie” Bradley tried to get bail for his client, who he says had been in Belize for 3 years and is not a flight risk because she had business interests here. But the prosecutor won this round as the offense is not bailable at this level, Ferguson is of a different nationality and may face other charges.

According to Bradley, one of the alleged victims does not want his name to be called out; the other, Lucas, is of course deceased.

Bradley suggested that the case is all about “optics,” a word he said he learned from Prime Minister Dean Barrow. Police, he accused, were about to let Ferguson go until they were told “from above” to bring charges that in Bradley’s view will not be proven.

Ms. Ferguson claims to be “shocked” at the charges, allegedly saying that she saw Lucas visit the ranch but knew nothing of why he was there, adding that “something went wrong.”

He also pointed out that Mason himself is not being accused of commiting the beheading of Lucas although the severed head was found in his vehicle.

An application for bail for Ferguson takes place on Monday after a requested adjournment on Friday.

And finally, Mason spoke from prison on Thursday about the charges against Melissa, claiming that police have chosen to target her to get him. He stated plainly: “my wife has nothing to do with anything whatsoever.”

And there is more: Mason has threatened the Government that if anything happened to her while in prison or police custody, he would release 3 scandalous videos which would hurt sitting ministers of Government – he suggested that these videos will go “worldwide virally.”

Mason will be taken back to Belmopan Magistrate’s Court on November 10th.  Oscar Selgado is now representing Keyron Fernandez for these particular kidnapping charges.