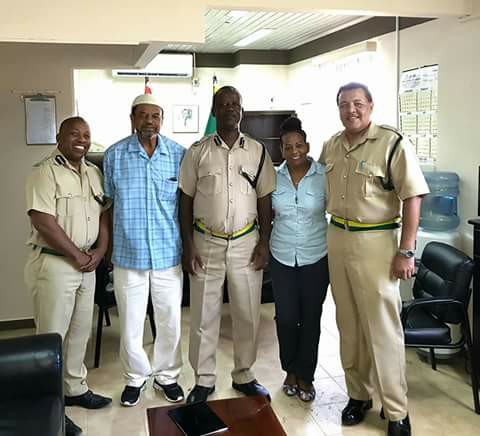 By BBN Staff: This past weekend, Belize recorded six murders and as a result the new Southside Commander  Howell Gillett and his colleagues in the Belize Police Department have joined hands with community workers to establish and strategize for community oriented programs in Belize City.

Yesterday, Commander Gillett was out on the streets along with  Regional Commander, Robert Mariano, and Deputy Commissioner, Chester Williams meeting residents on Aloe Vera and Tibruce Streets where three women were killed in two separate shooting incidents.

Gillett told the media that the police has an ‘operational side’ but also a ‘community side’ and that is what the police is doing with their meet and greet sessions.

“As a commander of operations, I do have significant interest in ensuring that the crime is reduced not only in Belize City but across the country. For right now, Belize City is our number one priority,” Deputy Commissioner Williams told the media.

Crime and violence in the old capital stem mostly out of gang rivalries.