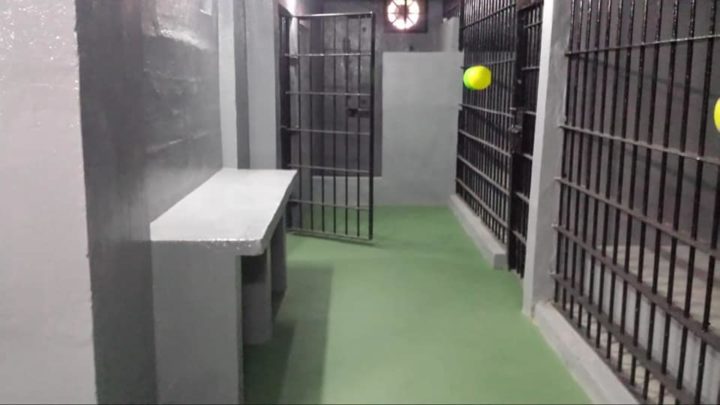 COMPOL Williams told the media that the newly renovated cellblock comprises of an extraction fan for each cell block to maintain an acceptable temperature, sewages, and bunkers for prisoners to sleep on.

“When a prisoner comes into the custody of the police, it does not mean that-that prisoner must lose his human dignity. Those things should remain in-tact and so the cell block where they are kept should be conducive to them maintaining their human dignity. The only thing a prisoner is expected to lose when they come into a detention center is his freedom of movements,” Williams said.

Williams informed that the sewages for female prisoners will be installed within the coming weeks.

High-quality surveillance cameras were also installed within the cellblock to monitor the cell.

The newly renovated cellblock comes after a well-known police officer who was arrested leaked photos on social media of the deplorable conditions of the cell.