After days of over 100 degree temperatures, cooler weather is expected 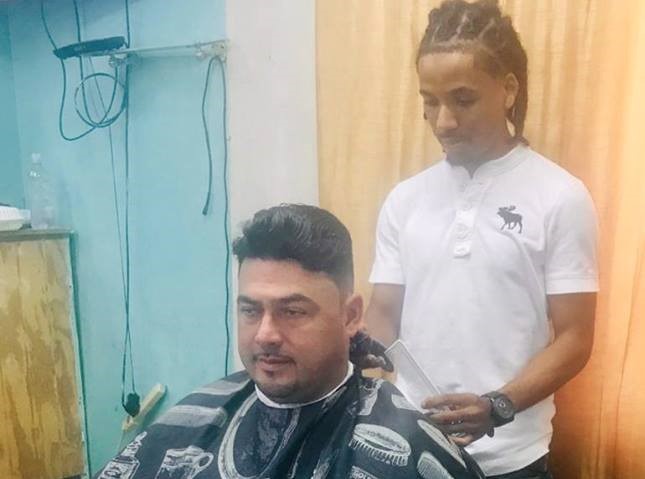 For April, the embassy is shedding the spotlight on Glenford “Jay” Mcfadzean.

Jay can recall that from a young age he was always stunned at how a haircut can make someone look so different.

The thought of him becoming a barber never crossed his mind; now he is widely known as “Jay Barber”.

He can clearly remember his parents taking him and his five brothers to get a haircut two times a month. He says it was expensive for six boys!

Therefore, his mom invested in a machine that allowed two of his older brothers to start practicing on the others.

At the age of 10, Jay began as a willing apprentice, his first trim was on his younger brother. It was not the best work, but he did not give up!

He kept practicing until he became trustworthy and more confident. Before nearing 16, he found himself juggling high school and working on appointments.

Ultimately, he began to improve his skills and realized that it made him happy every time he got behind those clippers.

Jay enjoyed the development in his life as a barber and made him appreciate all his clients as each had their own style, which made barbering techniques amplified.

After a while everything became a routine, there was a balance between work and school.

Before he knew it, he was earning enough to help his family and himself.

Jay and his brothers worked together in Belmopan until the shop expanded into a bigger space with two more barbers joining the team.

The next plan is to expand and be one of best-known barbershops in the country.

At 25, Jay says that he is satisfied to say that he has 10 years’ involvement as a professional barber.

He always gives thanks to the highest and is truly grateful to everyone who helped along the way.

As a young entrepreneur, he encourages young people to never give up as a dream profession awaits everyone.

“Explore what you love, just be yourself! Work hard and focus; do less, but do it better and give back when you can. The journey is not easy, but hard work and dedication is key,” Jay says.