Ready to Move to BELIZE? Legacy Global Development Shares Insider Knowledge – What to Expect If Moving to Belize

US Embassy Pride event continues without flying a rainbow flag 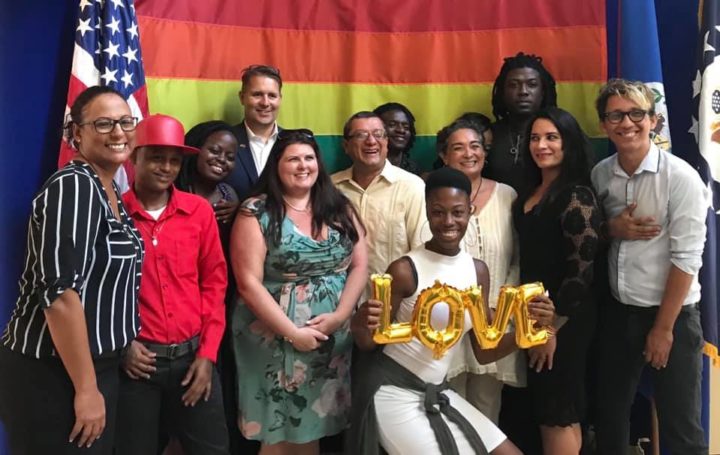 By BBN Staff: The annual Pride Month activity hosted by the United States Embassy in Belmopan took place without the ceremonial flying of the rainbow flag in support of the LGBTQ community, following a ban from the US government earlier this month.

Thomas Lersten, Deputy Director of Central American Affairs at the U.S. Department of State explained that the ban on flying rainbow flags ties to a policy where only the United States flag is allowed to be flown from its flag poles. He stressed that the ban is, by no means, a
signal that the US is wavering in its commitment to support LGBTQ rights.

Embassies around the world have also found creative ways to work around the flag ban, some going as far as using rainbow lights to light up their entire building.