The Belize Zoo mourns the passing of “Junior Buddy” 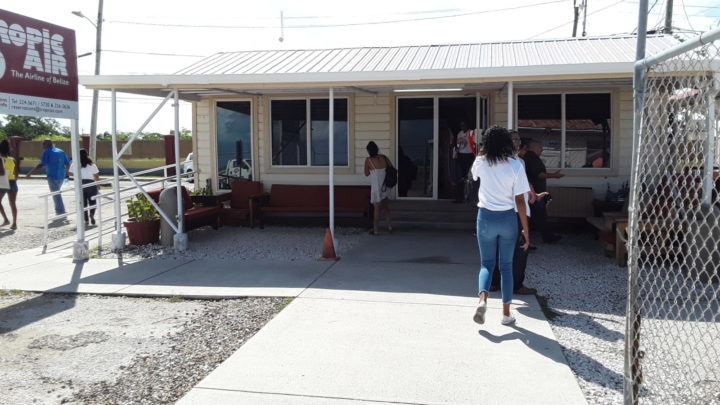 By Aaron Humes: While ‘The Airline of Belize’, Tropic Air, is weighing its expansion into the Central American and Caribbean region, it has not forgotten its customer backbone in the Jewel.

Nevertheless, it is on a mission to expand and improve its offices at the major airstrips and airports.

At this week’s opening of its new office in Caye Caulker, Greif explained that it was a commitment to exploring Caye Caulker’s potential for both tourism and business.

“Caye Caulker, we feel, is an area of a lot of potential growth. Look at San Pedro [Town] that has 25,000 inhabitants; Caye Caulker has 25 hundred, a tenth. So, there’s a lot of room for growth of local business and tourism, because Caye Caulker presents a slightly different tourism product than say, San Pedro or Placencia or out west does. Therefore, we see a lot of potential here. When the runway was redone last year or two years ago, we saw that the Government is committed, so we decided to commit ourselves too and start planning this office which is now open.”

He added that the new office reflected proper analysis of the business potential of the island, mentioning an expanded cargo section to take advantage of the greater volume of cargo passing through the island compared to San Pedro. It also has an expanded arrival/departure area, air conditioning, and WiFi.

Next to come will be the $10 million terminal for Belize City Sir Barry Bowen Municipal Airstrip in 2020, pending approval of the location of the land it needs to purchase at the airstrip.

As for the Caye Caulker airstrip, redone for about $3 million by Imer Hernandez Development Company Limited after airlines stopped flights over the poor state of the previous airstrip, Greif said he was satisfied with its condition.

There was a notable dip in the asphalt runway on landing, but Greif ascribes this to building along the contours of the earth to avoid break-up.

Tropic Air will move on to other hubs such as Dangriga and Punta Gorda, replacing the current buildings with state of the art offices except for the already-lavish home office in San Pedro, Caye Caulker and at the Philip Goldson International Airport in Ladyville.