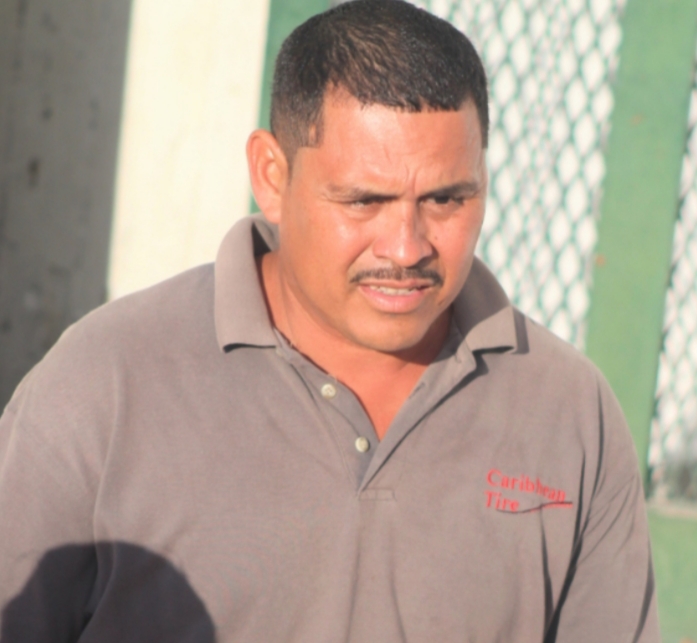 By Aaron Humes: Justice of the Supreme Court, Colin Williams, who is hearing the trial by judge of 34-year-old David Melendez for attempted murder, will give his decision on the case on Friday, February 13, 2020.

On Thursday, attorney for Melendez, Leeroy Banner, submitted that his client did not have a case to answer due to inconsistencies and discrepancies in the Crown’s main witnesses’ version of events on the day in question. Crown Counsel Riis Cattouse argued that such inconsistencies as there are do not have any bearing on the conclusion of the facts of the case. The judge agreed with the Crown and invited Melendez to give his defence before adjournment.

At around 11:00 a.m. that day, David Melendez was at his home in the Plantation area of Ladyville, drinking along with Suarez when the latter’s nephew, Antonio, passed by on bicycle and Melendez invited him in for drinks.

But police alleged that as Antonio came in, Melendez armed himself with a machete and swung it at Cowo’s neck, shouting in Spanish with an expletive that “you owe me.” Cowo put up his left hand to block the machete, but the blow caused a broken bone in the hand.

Cowo ran into a bedroom in Melendez’s house and tried to break the louvres of a window in the bedroom to escape, while Melendez allegedly chopped Suarez four times in the head, hands and upper arm before both men escaped and reported it to police.

Both men testified, as did the accused, who claimed self-defence after his alleged victims came at him with a knife.