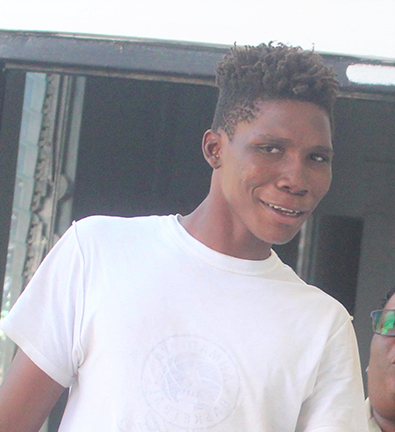 By Aaron Humes: A teenager who was found in possession of a $15,000 horse stolen from Bacab Eco-Park is tonight out on bail granted to him by the Belize City Magistrate’s Court for the offense of handling stolen goods.

Police claim they found 18 year old Antonio Adolphus Flowers of Belize City riding the horse and he was charged with handling stolen goods. The owners saw Flowers riding the horse on Sunday, 26th January around 10:30 am and reported the matter to police. Flowers says he didn’t know the horse was stolen.

Before Senior Magistrate Tricia Pitts-Anderson in the Belize City Magistrate’s Court, Flowers tried to plead guilty to the charge despite his denial.

But the magistrate said she could not accept the plea in light of that denial, and so it will have to be proven at trial.

She entered an equivocal plea of not guilty and offered him bail in the sum of $2,500 plus one surety of the same amount which Flowers was able to meet at around 3:00 this evening. The next court date set for Flowers’ matter is March 30, 2020.

Bacab Eco-Park has been having problems with the stealing of horses from their resort for the last 7 years. In most cases the horses are recovered in Belize City being used for joy riding by youngsters in Belize City.