A message to the new PUP Government – Wheel and Come Again, Sah!

“Police brutality will always be an issue,” says Commissioner of Police 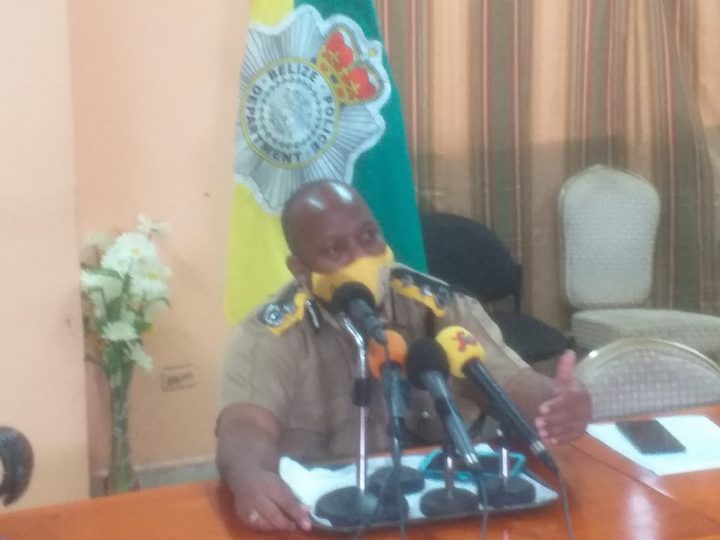 By BBN Staff: The Ministry of Home Affairs and the Belize Police Department say they are taking a “zero tolerance” policy with respect to police brutality.

Minister of Home Affairs, Kareem Musa, and Police Commissioner Chester Williams, said today that they would be balancing the need to properly police the country with ensuring that officers carry out their duties in a manner that respects the rights of the public.

Williams said that he had proposed to the previous goverment administration and is now making the same proposal to the new Government of Belize to make amendments to the Police Act, Chapter 138 of the Laws of Belize, to grant the Commissioner of Police the power to summarily dismiss an officer that commits an egregious breach of discipline which brings the integrity of the department into question.

“We want to be able to do things like that, that way every police office will be held accountable for their actions and they will think twice before they do some act that will bring the department into question,” Williams said.

He noted that several factors come into play with that sort of legislative reform, such as the need for natural justice on the part of the officer accused of committing a breach of discipline. However, he stressed that natural justice can extend beyond a trial and could also be expressed in writing a letter to officers accused of committing the questionable acts and giving them an opportunity to explain themselves, in writing.

“This does not mean that it will stop police brutality. Police brutality will continue until you and I are gone, but the important thing is that whenever it manifests itself we must take appropriate actions so that the public can see that we are not trying to cover whatever wrongdoing our officers are doing out there,” Williams said.

Musa acknowledged that police officers work in a stressful environment, one which is made worse due to the COVID-19 pandemic, but that they still need to ensure that they are professional when carrying out their duties. Musa said that the Ministry will be looking closely at allegations of police brutality, noting that in many instances, the use of force becomes necessary in the field for an officer.

“At times though we have to accept as a society that they may have been warranted in their use of force because that they themselves may have come under attack. So we have to understand that it’s not every instance where you see that force is used that it was excessive,” Musa said.