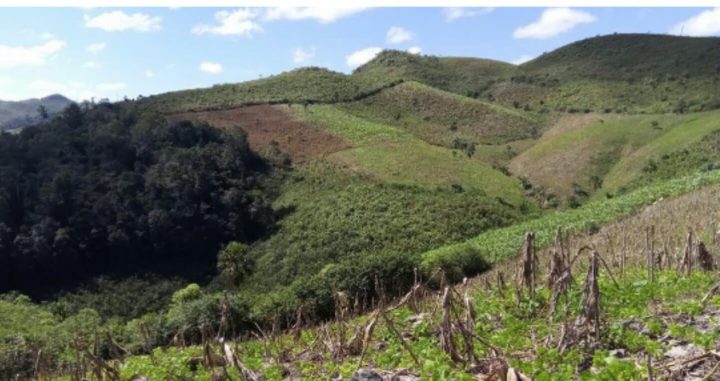 By Zoila Palma: Today, Friends for Conservation and Development (FCD) issued a statement expressing its concern for deforestation occurring in the Chiquibul Forest Reserve and the adjacency zone.

The “Adjacency Zone” (AZ) extends one kilometer (0.62 mi) on either side of the Belize/Guatemala boundary established by treaty in 1859.

Although the Adjacency Zone was established for the purpose of promoting confidence between Belize and Guatemala while the two countries conduct efforts toward putting finality to Guatemala’s territorial, insular and maritime claim against Belize, the Guatemalan human activity has been building up in the AZ.

According to FCD, before the forest fires in 2020, 2,178 hectares was classified as deforested areas in the Chiquibul National Park and Caracol Archeological Reserve.

The land was being used for cattle ranching and milpa farming.

FCD notes that a total of 1,837.59 hectares, or 84.36% of the total deforestation in these two areas, occurred inside the 1km stretch designated as the Adjacency Zone.

Overall, the area affected by illegal forest conversion to agriculture, cattle ranching and by human-induced forest fires stands at 2,958.05 hectares which represent 67.16% of the forest cover fragmented in the Adjacency Zone of the Chiquibul Forest.

This suggests that only 32.84% (1446.27 Ha) of the AZ in the Chiquibul Forest is either standing primary forest or regenerative secondary forest.

However, even in the 1,446.27 hectares left, it is difficult to guarantee the absence of anthropogenic activities.

Cattle ranching is a major issue affecting the Chiquibul Forest, especially inside the Adjacency Zone.

The Caracol Archaeological Reserve, South Cebada, and North Rio Blanco have been identified as major hotspots for cattle ranching.

At least 30 cattle ranching areas are known to occur within the AZ.

FCD noted that crop agriculture is still observed on small isolated clearings of forests or samils, while marijuana is also cultivated along with corn in some areas.