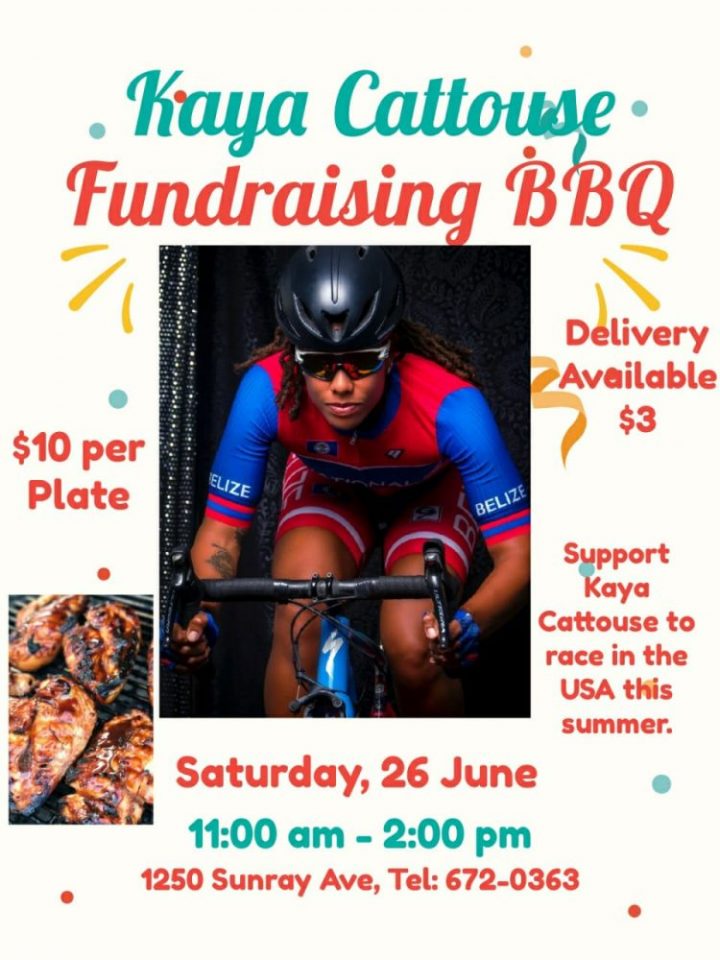 By Rubén Morales Iglesias: “We have a barbecue coming up Saturday, initiative to fundraise for the Intelligentsia Cup coming up in about two or three weeks in Chicago,” said Kaya Cattouse of the C-Ray D. Banner Cycling Team who recently became sub-champion in the National Time Trial and National Road Race despite injuries she suffered two Thursday ago during a race.

Kaya said that apart from the barbeques, one in May and the other on Saturday, she’s been doing other fundraisers as well.

“We have been doing quite a number of fundraising initiatives, including T-shirts, and caps.”

She said the response has been positive.

“I would say so far for the most part. Right now, the economical times that we’re in, sponsorship doesn’t come around as easy as it normally would, so we have to be very creative in how we fundraise this time around.”

Kaya said that she believes the injuries she suffered will not affect her performance in Chicago next month.

“Within the next three weeks, I believe that my injuries should be fully healed, and I don’t see it affecting my performance in Chicago.

“I’ve been putting in a proper training, so I see myself finishing in the top five overall for the ten days and more podiums than we did in 2019.”

Kaya started her fundraising drive with a BBQ on May 29 so that she can fund her trip to Chicago to compete in the grueling nine-day Intelligentsia Cup which is run in and around Chicago from July 16-25.

The Intelligentsia Cup has cyclists from all over the United States participating in eleven different categories throughout ten days with one day break.

Kaya already competed in the Intelligentsia Cup in 2018 and 2019.

“In 2018 I went for the first time and had a hell of a hard time adjusting to crit racing. I had zero podium finishes in the 10 days…matter of fact I managed only one top 10 finish,” Kaya said of her first experience in US criterium racing.

“I came home and worked on my crit skills. Returned to the series 2019 and placed 5th overall. Had 3 podium finishes. One 3rd, one 2nd and 1st on the final day,” she added.