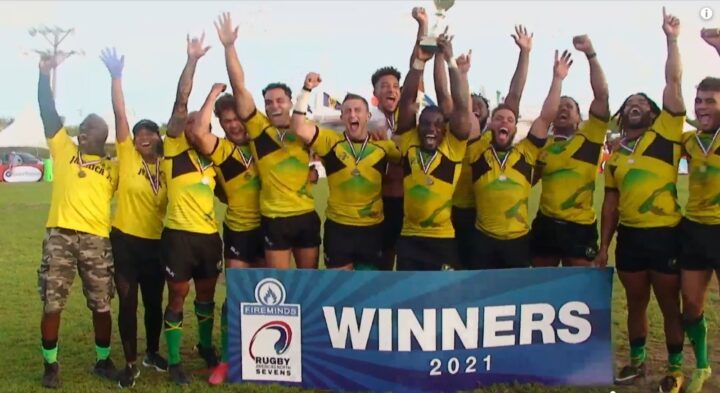 By Rubén Morales Iglesias: Jamaica are the overall winners of the two-day Fireminds Rugby Americas North Sevens 2021 at the Meridian Fields in Providenciales, Turks and Caicos Islands on Sunday.

Their 2-17 win in the Final over Mexico qualified Jamaica to the 2022 World Rugby Sevens Challenger Series.

That was Belize’s fourth loss in the two-day Fireminds Rugby Americas North Sevens 2021, a qualification event for the 2022 World Rugby Sevens Challenger Series.

The Belize Men’s National Rugby Team fell 37-0 against Bermuda in their first international match in Group C on Saturday.

Bermuda topped the group as they defeated Guyana 15-7 in the final Group C game.

The top two in each group advanced to the Cup competition.

Finishing third in the group, Belize played with the other third place teams for the Plate, the seventh position but lost both its games.

Our team fell 45-0 to Curaçao and was dropped 22-0 in the final by Turks and Caicos finishing in the 9th position.

The tournament did turn out the way the guys expected, but it being the first step into international competition, it should go a long way in giving them an idea of what has to be done to improve the level of Belize’s play in this sport which is relatively new to our shores.

Despite the scores, coach Tony Gillings must be commended for pushing for the establishment and development of the sport in Belize and hopefully our next international experience will be much better.