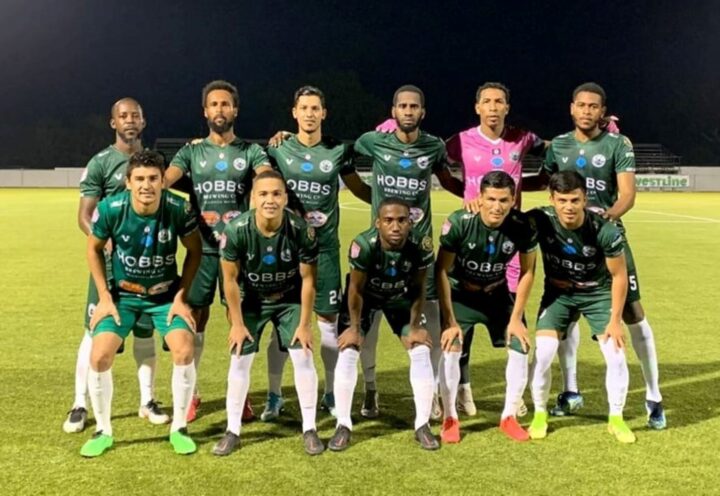 By Rubén Morales Iglesias: With two games to spare, Verdes beat Wagiya 3-2 and won the FFB Top League championship on Wednesday night at the Isidoro Beaton in Belmopan.

Even before the long whistle blew, Verdes, with 24 points on hand, were already celebrating yet another championship.

“Must give God thanks most of all for blessing our team always. 34 games one lost 3 times champion thanks to our management and coaching staff who went the extra mile to give us what we needed to accomplish such objective,” said goalkeeper Woodrow West on social media.

“Am more than happy to be one of the players who won 3times championship with 3 different clubs and also champion with every club I ever played on.”

With two games remaining, Verdes’ 24 points are insurmountable. Altitude with 16 can only total 22.

While Verdes has completely dominated the season, Wednesday night’s game against Wagiya was even harder, at least for a while, than the previous one against Altitude, which they also won 3-2.

On Wednesday night, Wagiya pushed the Green Machine against the wall striking early twice. Alton Carr hit Verdes in the 12th minute and two minutes later, in the 14th, Colombian Dayro Gómez made it 2-0.

Verdes regrouped rather fast as Jordy Polanco put them back in contention in the 20th. Like Wagiya, two minutes later, in the 22nd, Paraguayan Junior Vargas drew the game even. 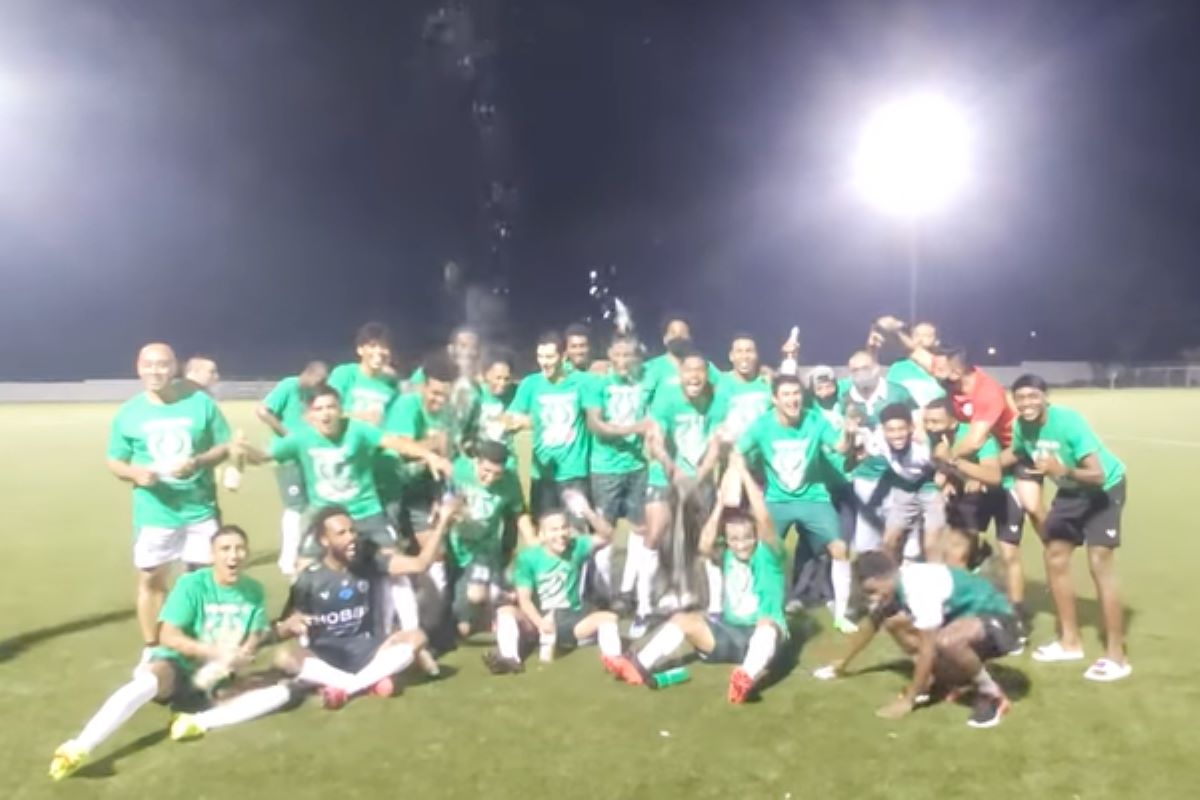 With the game tied 2-2 at the half, Verdes returned with renewed vigor and put the game away on a conversion by the Mexican midfielder Edwin Villeda in the 54th.

3-2 and Verdes savored the champagne from that moment.

It was just a matter of time. When the final whistle blew, the Green Machine celebrated unbridled.

The championship was in the bag. To them it didn’t matter that it wasn’t the Premier League of Belize. The FFB Top League win felt as good.

Now, it’s time to complete the two anticlimactic games that remain and ensure an undefeated championship.