By Aaron Humes: In other news from the courts, 30 year old Shane Gillett is to begin giving his defense to Supreme Court Justice Adolph Lucas, who is trying him alone for the murder of 84 year old Samuel Price in April, 2011. 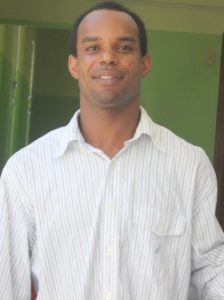 The brother of the late Right Honorable George Cadle Price was killed sometime in the night after a burglar pried his way into his home and hit him repeatedly with a blunt object.

Price sustained multiple injuries including indentation to his head; damage to his kidney from a hit to the lower part of his back; an eye socket shattered and fractures to the skull and swelling to the brain.

Police say they got their man after he allegedly confessed to a woman he knew, who then informed them.

There was no hearing to determine the admissibility of the statement.

Gillett claims he was riding his bicycle on the Philip Goldson Highway near Price’s home and remembered that he had guns inside, after having shot an intruder previously. But Gillett wanted the guns and tried to convince Price to give them up; he refused, so he killed him.