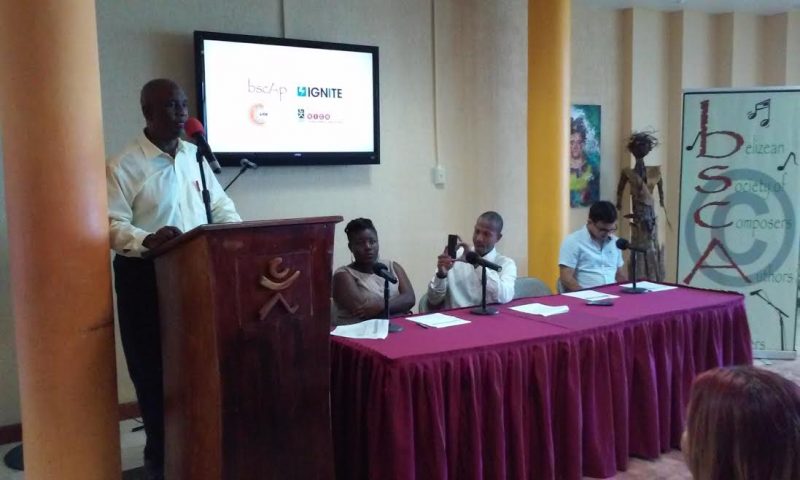 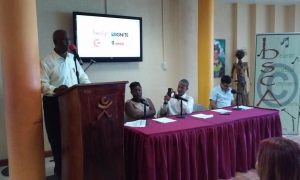 By BBN Staff: The Belize Society of Composers, Authors, and Publishers (BSCAP) held a conference today to emphasize its push to promote the enforcement of copyright laws in Belize.

BSCAP’s Board of Directors, including its CEO, Shyne Barrow, gathered at the Bliss Center for the Performing Arts, speaking on the need for legislative amendments to foster a culture of copyright compliance in Belize.
Intellectual Property Attorney, Marissa Longsworth, explained that Belize already has copyright legislation, which was passed in 2000; however other laws need to be upgraded to work in tandem with the copyright act.
“For example broadcasters, their Broadcasting Act has no intellectual property mention, but they are bound by the copyright act. So the Broadcasters Act needs to be brought up to match, because the Copyright Act supersedes it,” Longsworth said.
Barrow explained that the push to get Belizeans artists their royalties, will benefit both the artists and Belize on a whole.
“When an artist has to worry about how he will pay his rent or his bills, it takes away from time that he could spend in the studio being creative,” Barrow said. “So getting them their royalties gives them that economic independence and actually encourages creativity.”
Barrow said that he is preparing to meet with Attorney General Michael Peyrefitte to make proposals on the amendments to various Acts, such as the Broadcasting and Trade Licensing Act, to include compliance for intellectual property laws. One such proposed amendment would be the increase in the mandatory percentage of local content that radio stations play, to a number yet to be determined, but higher than the current 30 percent.

Barrow added that he has met with many media houses in Belize and they have agreed to comply with the Copyright Act.