Healing the Discontent through civil resistance 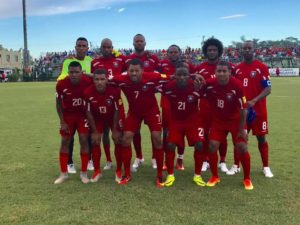 By Glenn Tillett: Yesterday, relatively speaking tiny Trinidad and Tobago stunned the mighty US of A 2-1 in world qualifying eliminating the goliath of El Norte. T&T population 1.3 million, stuns USA population 325 million, 100 times larger.As one Sports Illustrated report puts it: “COUVA, Trinidad and Tobago — On the most surreal and embarrassing night in U.S. soccer history, the U.S. men’s national team lost 2-1 to Trinidad and Tobago (the worst team in the CONCACAF Hexagonal) and was eliminated from contention for World Cup 2018.

While in the sports world this was an earth-shaking result to be measured on the highest rungs of the Richter scale, it was barely a blip here in Belize.

The news media here, coincidentally, also broadcast variously yesterday that Daniel Fabro and Frank Sharp will announce their intentions to campaign for the offices of President and Vice President respectively of the Football Federation of Belize to be elected at the 11th ordinary Congress on December 3rd.

This too should be earth-shaking news in the football world but I think we’ve become so jaded by the shenanigans, corruption and by so many dismal results and disappointments by the powers-that-be in our football that the clear majority of us greeted that news with a shrug and hearty dose of cynicism.

In the politics of football here, despite being lifelong participants at every level these two men are considered “outsiders” and their ascension to the highest level of the leadership hierarchy would upset the status quo radically. They are accomplished citizens, businessmen and sportsmen, indubitably and undeniably so.

The fact is the clear majority of those of us from the general population who have an opinion, are of the opinion that their election would be a result to be welcomed, but the fact is that the persons who will vote, the representatives of the various district associations and the semi-pro football league, have consistently elected and re-elected persons from within their clique and cabal whom all they have to show for it is a dismal, disgraceful, disappointing record.

Unlike nearly every other sporting discipline, football is the beautiful game because even on the highest global stage any eleven can rally and beat any eleven from anywhere, anytime.

In our part of the world, in our region, in CONCACAF hexagonal qualifying, our neighbours Mexico, Costa Rica, Panama, and Honduras will move on to the biggest dance on the world’s greatest stage while the colossus, the United States and diminutive Trinidad and Tobago will share the misery of being eliminated. T&T, however, will be consoled by the fact that their program, despite Jack Warner and his ilk, competed at the highest level and have had outstanding success.

We can’t make that claim. It is maddening that we believe that the 20 “delegates” who will decide the election will likely recourse to the corruption of the blandishments of money rather than transparency, accountability and meaningful participation. The fact is no other sport has had as much money spent on its behalf over the last 4 decades as football in Belize. It adds up to tens of millions.

Comparatively speaking no other sport has as dismal a record to show for that sizeable outlay. For once in our lifetimes may integrity win.

(Incidentally I will carry the press conference tomorrow live here on my Facebook page, where the men and their campaign team will meet the media and introduce themselves to the population. Those of my readers who wish to ask any questions or make statements are encouraged to do so.)