Do Not Miss: A Night of Jazz Music and Wine At Black Orchid Resort 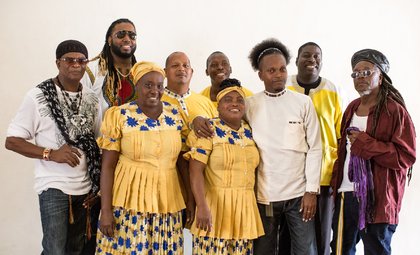 By BBN Staff: Today marks the first day for the international tour of renowned Belize band, The Garifuna Collective.

The band started off today in Europe, in Afro-Pfingsten, Winterthur, Switzerland, and will play in a total of 12 venues across the continent. The band will spend a month of the European leg of the tour, playing at festivals and venues such as YAAM, Berlin, Germany, Ethno Port Festival, Poznan, Poland, and the Roskilde Festival, Denmark, with the final UK event being the Afrika Festival on July 7.

Then the band crosses over for the North America leg of the tour, starting off with the Montana Folk Festival in Butte, on July 12, and then touring 18 other locations including the – Cleveland Music of Art, in Ohio on July 24; Invermere Festival, BC, Canada on August 16; the Central American Day Parade, Los Angeles, on September; and wrapping up with the Richmond Folk Festival, Richmond, Virginia, on October 12-14.

The tour precedes the launch of the band’s new album, ABAN, scheduled for worldwide release on June 21. The latest album is the band’s first release since its hit release Ayó in 2014, which paid tribute to the late great Andy Palacio.

The Garifuna Collective are not strangers to international performance, having toured 30 countries on five continents, and played at the 2018 World Music Expo (WOMEX) one of the largest annual music events in the world.