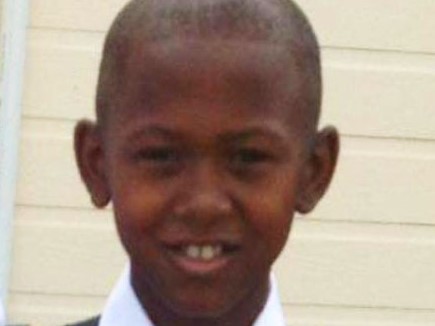 By Aaron Humes: Kyron Green, the 11-year-old student of St. Luke Methodist School who was shot to the face on May 17, is recovering in the United States after doctors performed a surgery that removed the bullet that was lodged into his spine.

Through the World Pediatric Project, Green was flown to the US in June and had the bullet removed yesterday. The bullet, which was lodged into his cervical vertebrae, was causing paralysis from the neck down.

His mother Marsha Belisle, posted an update on her Facebook account, saying that the surgery went well and that Green is now on the road to recovery. She also thanked everyone for their prayers and support through her family’s difficult time.

Green was hit by a stray bullet after a shooter entered a grocery store on Central American Boulevard and opened fire at a man buying in the store. Green was there on an errand for his mother.

The incident sparked major public condemnation over the state of crime and violence in Belize, particularly in Belize City, and even formed the basis for a peaceful demonstration from Kyron’s classmates and other classes from St. Luke.