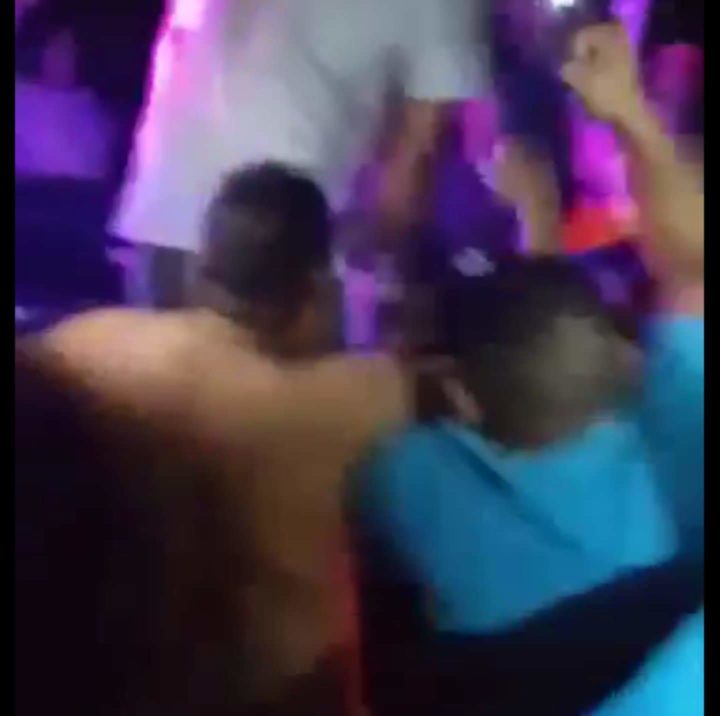 By BBN Staff:  Minutes ago, Breaking Belize News reported, and shared a video, of an armed robbery at a Zen Zen grocery store in Guinea Grass village, Orange Walk.

Two (2) armed men dressed in camouflage held up the proprietor at gunpoint and escaped with an undisclosed amount of money.

Shortly after the armed robbery occurred, police and villagers responded. The suspects were pursued and there was a shootout between villagers and the armed bandits.

Police and villagers managed to detain at least 2 suspects and seized the alleged getaway vehicle. Goods that were stolen and the weapons suspected to have been used in the crime were found in the vehicle.

A video shared with BBN shows the villagers determined to get justice for the crime in their community. The villagers were dishing out their own form of ‘vigilante justice’ to the robbers.

Authorities and villagers are reportedly seeking another suspect believed to have been involved in the robbery.