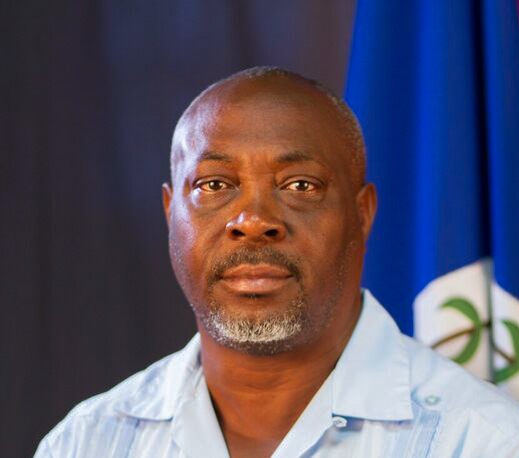 Paid Contribution: The motto of the Belize Defense Force, “Shoulder to Shoulder,” is as simple as it is profound. The three words speak to the work and collaboration necessary to carry out the work of the force, which is, service to the nation of Belize. Taking that perspective, those brave men and women who join the ranks of the BDF answer a call to service and many of them continue to answer that call even after their time in the force has ended.

Belize City Councillor Albert Vaughan, the councillor responsible for Works, has answered that call to service as an officer in Belize’s military and as a councillor to the largest municipality in the country.

Vaughan, who was born in Corozal and raised in Belize City, grew up partially on Freetown Road until his family moved to Flamboyant Street in the Lake Independence Area. Coming up through the now closed Bethel Assembly of God Primary School, an earlier incarnation of what is now Excelsior High School, and Belize Technical College, Vaughan answered the call to serve early in his life, and went on to dedicate 22 years of service to the BDF.

During his time in the Force, Vaughan trained professionally in music, leaving Belize on two separate occasions to further his training in Jamaica and the United Kingdom. After his retirement, he took his love of service and his music training over to St. Michael’s College (now Maud Williams High school) to launch a music program. It was during his time teaching music that a co-worker would give him a call to serve in a different capacity, suggesting that he engage in municipal politics.

“Politics is a noble profession, I thought. It is about listening to people and about service, and seeing what you can do for people. So I said if this is what I can do for my part and for my country, then this is what I am going to do,” Vaughan said.

He ran in the 2006 municipal elections, however, he was unsuccessful at that time. Acquiring a taste for political service, he would later become the Chairman of Francis Fonseca’s Freetown Division Team.

There he stayed until his first victory in municipal politics back in 2018 where he became responsible for Works, the second largest group of staff members on the council out-staffed only by the Sanitation Department.

“At the works department, we are primarily responsible for the repairs and maintenance of streets. Works is a small title, but it has one of the largest responsibilities because Works is involved in everything,” Vaughan said. “If you want to build a park, it’s Works. If you want to fix a street, it’s Works. Even CEMO (City Emergency Management Organization) gets assistance from Works.”

Vaughan said that of the projects he has been involved in, the upgrade of the Ring Road in the Lake I community is one of the achievements he feels most proud of individually and as a part of the council.

Vaughan stressed that when his council came into office, the Ring Road was in a deplorable condition. He noted that numerous public servants live in the area, which added an additional layer of embarrassment and spurred the council on to get that project done with urgency.

Vaughan said that looking forward, he feels confident that the residents of Belize City will re-elect this council as they offer themselves up again for service, based on the legacy that this team will leave behind.

“We’re not just about drains and streets and markets, we’re about social programs. This council is not about ‘I’ it is about ‘Team’.

All councillors take ownership of the projects that we are working on, like meeting with the small business owners recently,” Vaughan said.

“When you talk about sports, we were all right there just before COVID, making sure all those youths had opportunities to get involved in programs.”

Vaughan also said that come what may following the elections, he will strive to continuously answer the call to serve.