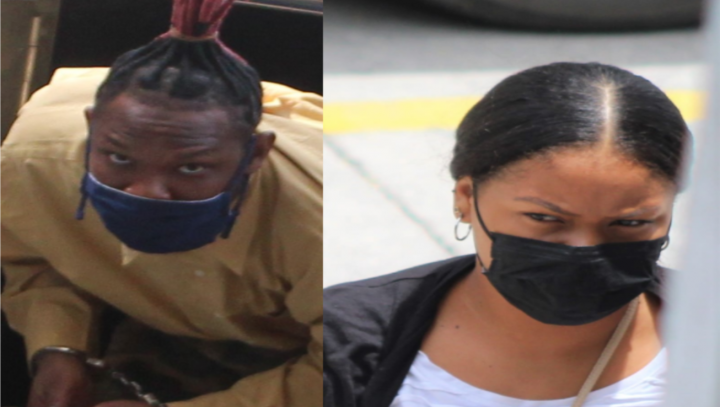 By BBN Staff: Today the prosecution closed its case in the murder trial of Ashley Meighan and Clement Bol, both jointly charged with the 2014 murder of Chryslin Gladden.

Meighan, a mother of twins, and Bol, the father of those twins, appeared before Justice Antionette Moore.

Since the trial began on July 12, the prosecution has called a total of 16 witnesses, but only the recorded statements of the two main witnesses, George Maskall and Courtney Zelaya, were admitted as evidence. The body of Maskall, who told police that he had seen Bol and Meighan brutally stab gladden to death, was pulled from a lagoon in Seine Bight village a year after the incident.

Zelaya, who initially told police that she had seen Meighan just before the incident putting a knife into her bag, which already contained two other knives, reportedly refused to testify out of fear for her life.

After the prosecution closed its case, Oscar Selgado, who represents Bol, and Senior Crown Counsel, Ellis Arnold, who is representing, Meighan made a no case submission before trial judge, Justice Moore, who will rule on the matter on Wednesday, July 28.

If Moore accepts the submission, Bol and Meighan will be free to go, meanwhile, if justice Moore rejects the submission, Meighan and Bol’s trial will continue and the defense will need to give a response to the accusation.