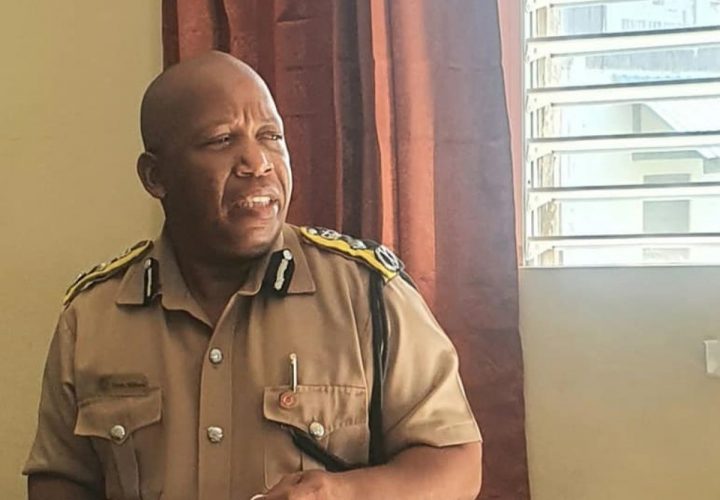 By BBN Staff: More than 50 gang members are being targeted in police operations across the south side of Belize City, following a declaration of a State of Emergency (SOE) by the Government of Belize. Today Commissioner of Police Chester Williams said that the SOE became necessary because witnesses and victims of gang violence are reluctant to cooperate with police.

Williams stressed that, in the absence of successful mediation, he preferred to investigate, arrest and charge perpetrators of gang violence, but the reluctance of those who will not come forward with information has forced the department to find a workaround solution.

“We have situations where the victims and witnesses are not forthcoming, then the perpetrators remain on the street knowing that nothing can be done to them in absence of anybody making a statement. And so they are emboldened by that to do more,” Williams said.

Williams said that the situation has become so dire that people are afraid to move around in their own communities for fear of being collateral damage in gang shootouts.

“When you witness a crime and you refuse to speak then it is tantamount to condoning the actions of that criminal,” Williams added. “When victims don’t want to speak, it’s because they want to retaliate,” Williams said.

He added that the department understands the plight of witnesses who do not want to make a statement for fear of being targeted.

The SOE came into effect via Statutory Instrument #90 of 2021, which enables police to detain and arrest without a warrant within a specified zone, if they feel that a person may be a danger to society. The detention can last as long as 30 days, and anyone from the designated zones who flees that area is declared a person of “special national security interest” and still subject to the provisions within the SOE where ever they are found. Those detained under the SOE cannot be granted bail and are barred from invoking a writ of habeas corpus, to be taken before a court which will determine if their detention is lawful.