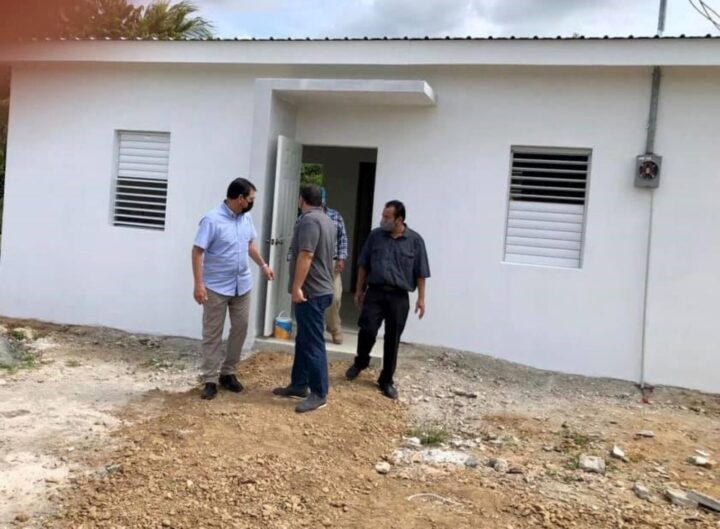 By Rubén Morales Iglesias: “Our pilot project for the low income houses is progressing really well,” said Julius Espat, Minister of Infrastructure, Development, and Housing (MIDH) on a social media post as he visited a number of the starter homes under construction in the Cayo District.

“We will soon officially announce the launching of the website to facilitate the application process,” said Espat.

“Already 22 homes are under construction in Cayo, Dangriga, Cow Pen Village, and in Belize City,” said the Prime Minister in his announcement on social media adding that 30 more homes for single parents would be constructed.

The MIDH said the starter homes are in fulfillment of the Government’s commitment that Belizeans will have access to affordable and adequate housing.

At the end of September, the MIDH said it was continuing to accept applications via their email at housing.project@midh.gov.bz.

The MIDH also said that the starter home would be built on the applicants’ land.

“We also advise that the Ministry of Infrastructure Development and Housing is not responsible for land procurement therefore we are unable to process applications where the applicants do not have access to a piece of land,” the MIDH said promising that they would continue work together with the Ministry of Natural Resources so that for future housing projects land is included.