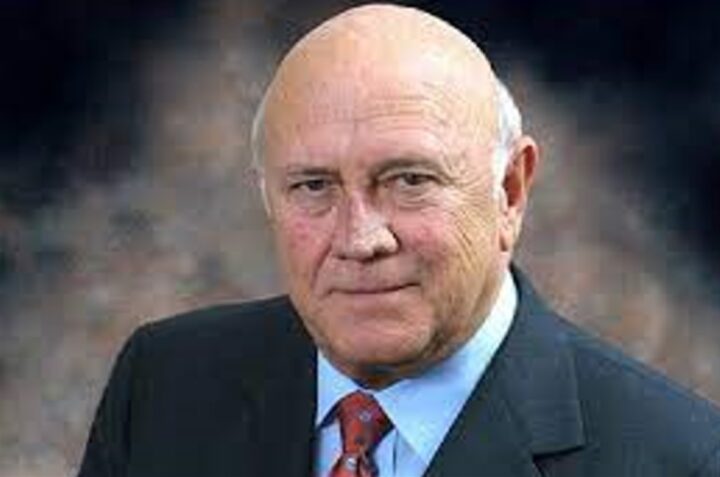 By Benjamin Flowers: Fredrick Willem de Klerk, the former president of South Africa who helped to end the apartheid regime in the country, died at the age of 85 this week.

De Klerk, who was diagnosed with mesothelioma, a lung cancer caused by prolonged exposure to asbestos, earlier this year and saw his health rapidly decline. He died at his home in Fresnaye, Cape Town on Thursday.

Reuters reports that he recorded a video message shortly before his passing, in which he apologized for one last time for the pain and suffering that the apartheid policies had caused.

“I, without qualification, apologise for the pain and the hurt and the indignity and the damage that apartheid has done to Black, Brown, and Indians in South Africa,” said de Klerk.

Notably, between the years he had publicly expressed his regret several times for the social, economic, and political hardships that non-white South Africans had to face between 1948-91.

“Allow me in this last message to share with you the fact that since the early 80s, my views changed completely. It was as if I had a conversion,” he continued in the message that was released hours after his death. “And in my heart of hearts, I realized that apartheid was wrong. I realized that we had arrived at a place which was morally unjustifiable.”

De Klerk was the last white person to lead the country. In 1990, he ordered the release of Nelson Mandela from prison after 27 years, which led to Mandela’s historic victory at the polls to become president, ushering in the end of apartheid.

De Klerk and Mandela shared the Nobel Peace Prize for helping to negotiate an end to apartheid, though his legacy remains a divisive issue in South Africa. Following his death, the Nelson Mandela Foundation released a statement saying that De Klerk would “forever be linked to Nelson Mandela in the annals of South African history”.