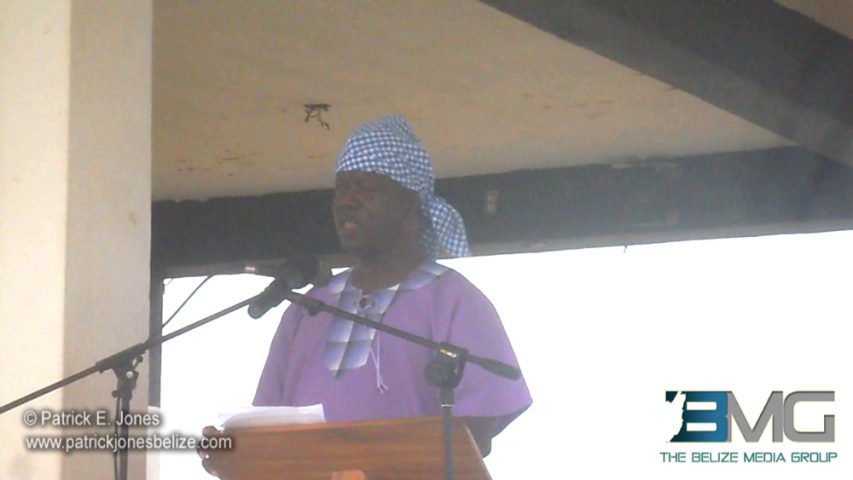 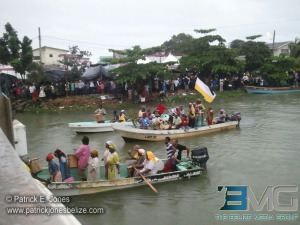 Wednesday, November 19, 2014. AARON HUMES Reporting from Dangriga Town: Garifuna and other national leaders today called for a renewed sense of purpose and unity among this proud people as they marked several milestones of their settlement in Belize.

It has been 217 years since the Garinagu (also known as Black Caribs) were exiled by the British from their homeland of Yurumein, now independent as St. Vincent and the Grenadines, to the nearby island of Balliceaux.

Eventually they traveled to the small dependent island of Roatan in the Bay Islands of Honduras, from which some made their way to the northeastern Honduran coastline and eventually Belize.

The first migration, led by Alejo Beni and his family, was in 1802, but the observation of November 19 “memorializes” a later, larger migration that took place on that date in 1823.

Garifuna Settlement Day was first celebrated as Carib Disembarkation Day in 1941 and with the effort of Thomas Vincent Ramos and his cohorts, the Garinagu fought for that date to be recognized, and it was made a public and bank holiday in Stann Creek in 1943.

A national holiday was endorsed more than 30 years later, in 1977.

On Wednesday morning under overcast skies, national and local leaders addressed the continuing challenges facing the Garifuna people and what can and will be done to address them. 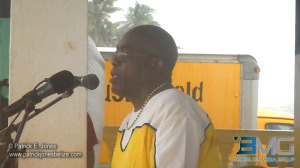 Outgoing Mayor of Dangriga Town, Major (Ret’d) Gilbert Swazo, reminded that there was a time when the Garinagu was not welcome in Belize City except as sellers of produce and were also scorned as “devil worshipers” and “baby eaters,” among other things.

This early isolation led to the famous Garifuna self-reliance and community development which has become their trademark.

Unfortunately, he pointed to increasing diversion from farming and fishing as major sources of income and work to service and other industries, the resulting shift in cultural identity among the youth as modern ills despite the obvious advancement of the Garifuna nation in Belize to positions of power.

Some, he says, continue to connive at the Garinagu’s destruction. 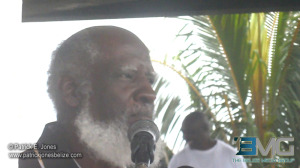 Minister of Foreign Affairs and Attorney General Wilfred Elrington, on the other hand, noted that Garinagu have become better integrated and more successful than any other ethnic group in Belize, for which they are to be commended.

Still, he noted, there needs to be a renewed emphasis on teaching the culture to children and rebuilding family ties, and a stop to the selling of prime lands owned by the Garifuna under reserve from the Government to foreigners.

Much was made of a SICA-backed one-year program launched this week in which communities in four territories – Belize, Guatemala, Honduras and Nicaragua – will participate in the commercialization of agricultural production, in particular the staple of cassava. 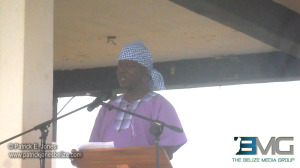 The US$160,450 project, according to National Garifuna Council president Robert Mariano, will promote and hopefully establish food security for a self-reliant people.

Mariano also reported on the strengthening of the NGC’s youth arm in cultural development and other initiatives which advance the NGC’s aim of promoting the interests of the Garifuna people and ensuring their survival.

He warned that the Garinagu will not tolerate continued discrimination, as has been documented in the case of a senior employee at First Caribbean International Bank, Uwahnie Martinez, who exposed a reported ban on speaking Garifuna in the bank’s premises. 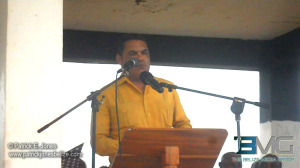 Earlier in the day at the official mass of thanksgiving at Sacred Heart R.C. Church, the bust of Thomas Vincent Ramos fashioned by Stephen Okeke was officially unveiled.

According to Ramos’s grandson and current Dangriga area representative Ivan Ramos there is still debate as to where it will be permanently exhibited however it is in town to stay – once Okeke is paid his asking price of $30,000.

Okeke previously constructed the Drums of My Fathers monument at the entrance to Dangriga.

Following the official ceremonies there was a parade from the outskirts of town passing through the town centre before ending at the BTL Princess Royal Park.