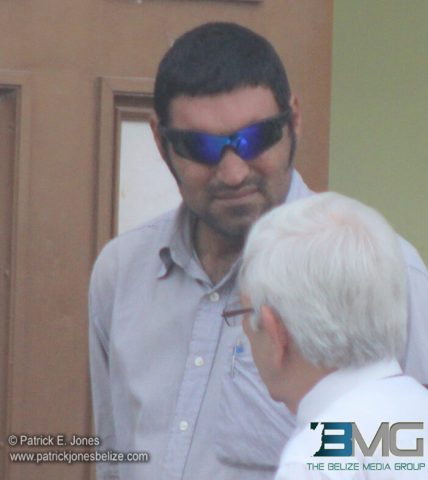 Thursday, February 12, 2015. AARON HUMES Reporting: He was not present in court earlier this week, but 33 year old Vincente Vernon Jr. was found guilty of handling stolen goods in a trial held ex parte, that is, without his presence in court.

Peter Cuellar testified in court that his $2,000 laptop computer was stolen between 3:00 a.m. and 6:00 a.m. on November 27, 2013 while he was with friends at an establishment next to the Swing Bridge in downtown Belize City.

He left the laptop inside his red Geo Prism vehicle but upon his return found the driver’s side door ajar and the computer missing.

He further testified that on December 7, 2013, he saw his computer on Facebook and he contacted the person who had it for sale.

Cuellar said he also contacted the police and he and the salesman agreed to meet at Scotia Bank on Albert Street.

According to Cuellar, when he arrived at the bank he said out loud what time the bank will open and a man whom he did not know answered.

Cuellar said the man then inquired if he was here to meet someone concerning a computer and when he replied in the affirmative, the man told him that he will go for the computer.

That he did and returned five minutes later with the laptop.

Cuellar said that after he had ascertained that the computer was his, he called the police and Vernon was detained and later charged.