Regional ICT development conferences to be held in Belize 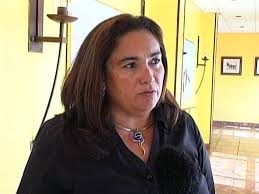 Wednesday, October 7, 2015.  BMG: In Monday’s issue of the Amandala newspaper, the pair of exchanged diplomatic notes between the Governments of Belize and Guatemala is published.

The newspaper says it was given permission by Senator and former Foreign Minister and Ambassador Lisa Shoman to print the notes publicly, but does not say how she obtained them. It cites the case of the Bethuel Webster 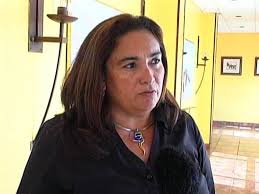 Seventeen Proposals circulated by the late Hon. Philip Goldson in April of 1968 on his return from a meeting at the U.K. embassy in Washington, D.C. against strictures by Prime Minister Dean Barrow and Foreign Affairs Minister Wilfred Elrington that any release of the notes would be a breaking of “diplomatic protocol.”

As quoted, the note says that GOB does not support the BTV and NTV’s actions and tried to dissuade them from going to the island, and when unable to do so, acted with restraint and caution by keeping its armed forces from the area.

It goes on to stress its concern over the actions of Guatemala’s forces in impeding the Territorial Volunteers’  boats and harassing and intimidating unarmed Belizeans in considered Belizean territory.

The GOB note suggests that Guatemala failed to communicate to its forces to exercise restraint, saying that this is “regrettable,” and registers its protest at Guatemala’s lack of “neighborly conduct.”

It states its position that the mid-channel of the river is the line separating the countries but that the entire river is open to both countries and any islands found therein belong to whosoever’s side they may be on.

GOB closes by re-committing to abiding by the Confidence Building Measures, which while having no specific regime for the Sarstoon, do bound the countries to certain obligations including not using force or the threat of force to stake their positions, and reiterating its commitment to settling the dispute through the ICJ subject to a referendum in both countries, and invites the Guatemalans and Organization of American States to implement similar measures in respect to the Sarstoon.

Guatemala’s reply as translated by Amandala cites the incident as an “illegal incursion” and rejects the entire note. Its simple statement is that until the claim is resolved, it does not recognize the existence of borders with Belize and thus claims the entire river as its territory. It adds ominously that a “foreign” visitor without permission is “illegal” and subject to Guatemalan law.

Guatemala considers that the event was planned by the BTV and featured one Senator (Shoman) and members of the Belizean press, and accuses the BTV of provoking and abusing Guatemalan authorities and illegally trying to enter Guatemala, saying that their armed forces prevented this.

Belize is responsible, Guatemala says, for the BTV’s actions, because it had full knowledge of their plans, and is wrong to claim sovereignty over the river because Guatemala allows and cooperates with the BDF to visit the Cadenas operating base.

Guatemala insists that it advocates peace and respects international law and thus will continue to follow the path to the ICJ.

There was no response by Belize to this note.