Vega land scandal continues to unfold even after resignation 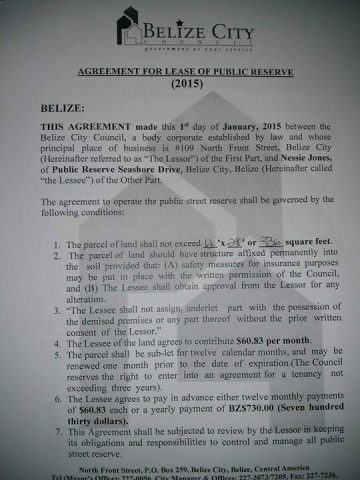 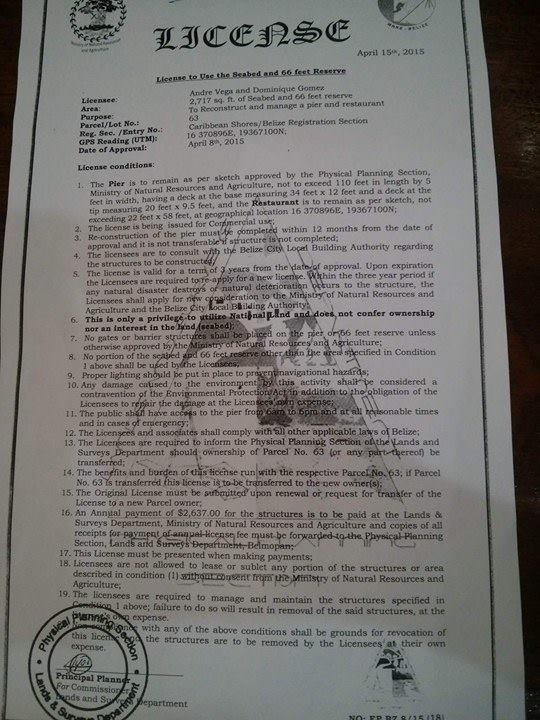 By BBN Staff: As Prime Minister Dean Barrow announced the resignation of Minister Gaspar Vega, formerly of Natural Resources (Lands), in the wake of a scandal in which Minister Vega allegedly abused his authority to enrich his family and associates through highly suspect land transactions, another report involving the same parties has emerged.

According to reports and information shared with Breaking Belize News, Nessie Jones was the lessee of a seabed located on Seashore Drive, on which her restaurant was located. This property was allegedly acquired by Andre Vega, who had her forcibly removed from the premises using police escort. Andre Vega is the son of Gaspar Vega, former Minister of Natural Resources.

Jones has been the lease holder of the seabed property since 2007 and her lease was up in 2015, which she had renewed. Jones approval and renewal to use the seabed was obtained via an agreement with the Belize City Council while Andre Vega obtained his license to use the property from the Ministry of Natural Resources. Andre Vega obtained the license for said property on April 15, 2015 and Jones was removed the following month. Jones reportedly intends to take the matter to court.

She is also currently tangled up in litigation over another property of hers across the street, where she has lived since 1994. Vega also allegedly demolished the house that was on that land. Nessie Jones is currently out of the country but has told BBN that since this matter is in litigation she cannot offer any comments on it. Both properties are located four lots down from the Prime Minister’s house on Seashore Drive.

Jones has provided copies of her lease agreement with the Belize City Council for the seabed which housed the restaurant. Vega was given a license from the Lands Department, signed by the Commissioner of Lands. Vega was licensed to “reconstruct and manage a pier and restaurant”. According to Jones, she financed the construction of the restaurant at the location. Vega has since renovated the property and demolished a portion of the existing restaurant.

According to Jones, she was at the restaurant on May 26, 2015 doing repairs to re-open when Vega arrived to show her his document from the Lands Department. He left and later returned with police officers, who removed her and did not allow her to remove her belongings from the property. 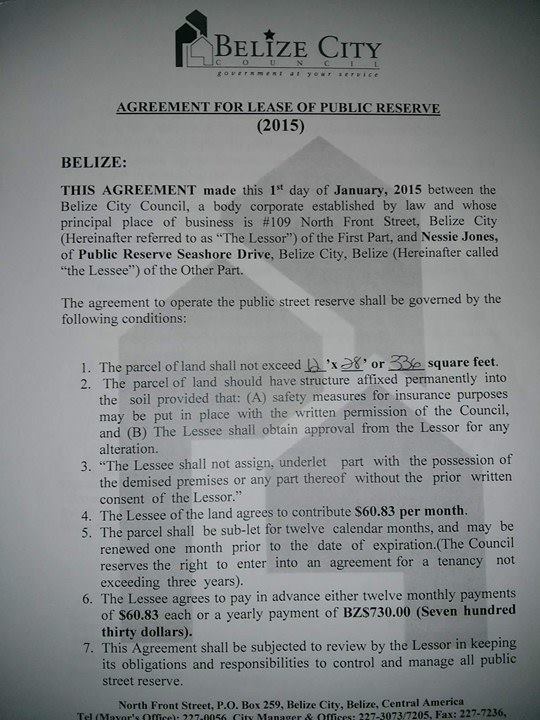