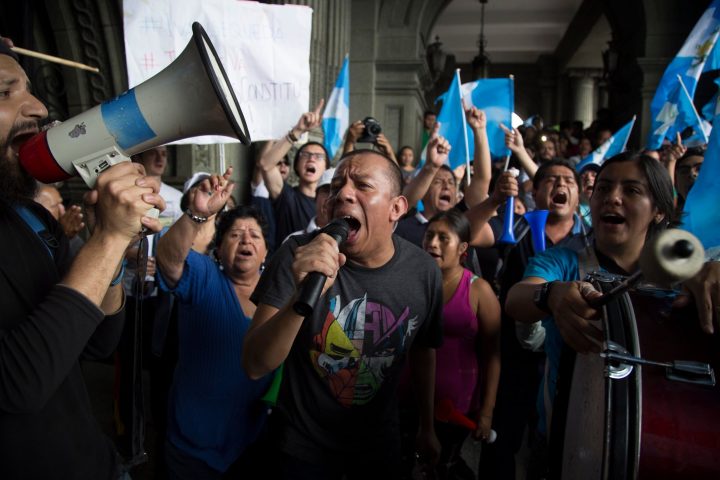 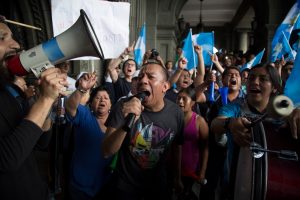 By BBN Staff: The Comision International Contra la Impunidad Guatemala (CICIG) is the comission charged by the UN for investigating high ranking government officials for corruption and is headed by Ivan Velasquez.

Velasquez told the Guatemalan media that current President Jimmy Morales could not account for $800,000 worth of campaign financing.

On Sunday, Morales ordered the immediate expulsion of Velasquez from Guatemala and declared him “persona non grata”. Almost 50 minutes after he announced the expulsion, he also announced the firing of his Foreign Minister, Carlos Raul for failing to carry out the order.

Several foreign embassies have since issued a joint release expressing disappointment in Morales’ decision and offered support for the CICIG commission and Velasquez.

Yesterday, Ambassador of the United States to the United Nations, Nikki Haley expressed concern over Morales’ attempt to expel Velásquez Gómez from the country.

Haley also reaffirmed the full support of the US government and the international community for the work of the chief of CICIG in the fight against impunity in the country.
In a statement issued, Haley emphasized that the Commissioner is a critical voice that is fighting corruption and defends the rule of law.

“We hope that the Government of Guatemala will enable CICIG to carry out its critical work without interference. The fight against corruption is essential for the future security and prosperity of Guatemala, something we value very much,” the diplomat said.

Yesterday, protests erupted in support of Velasquez and against Morales’ decision to expel him.